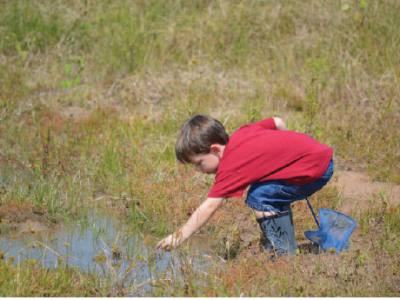 In the aftermath of Hurricane Harvey, which damaged an estimated 136,000 homes in Harris County, officials with the Katy Prairie Conservancy are emphasizing the importance of preserving undeveloped land.

The city of Katy and parts of unincorporated Katy are within the creek’s watershed. A third reservoir would detain water as it travels downstream, alleviating pressure in the Addicks and Barker reservoirs, which filled to capacity during Harvey and were released so as to avoid dam failure.

Although the location of a third reservoir is still being explored, KPC has supported the further exploration of a flood control district plan that involves building a berm to hold water in the Katy Prairie. The reservoir would have outlets to both Cypress and Bear creeks, and the plan also involves making channel improvements to Bear Creek to improve conveyance as the channel carries water to Addicks Reservoir.

“We are willing to explore [the plan] more to see the ramifications on our lands,” KPC Executive Director Mary Anne Piacentini said. “This plan has the potential to conserve more land as well as to hold more water.”

The plan comes with the greatest opportunity for conservation and for prairie restoration with 5,740 acres identified as a critical conservation area, according to the 2015 study.

In addition to the KPC, officials with the Cypress Creek Flood Control Coalition—a nonprofit organization that works to mitigate flooding in the Cypress Creek watershed—have also expressed support for the reservoir. CCHCC President Richard Smith said he believes the county needs to act fast and buy a tract of land large enough for a reservoir before it is purchased by developers.

With an estimated cost of
$400 million, Harris County Judge Ed Emmett said outside funding would help get the project moving forward.

“The way these get built is the county currently spends $60 million a year [on flood risk management projects], but then we get reimbursed by [the Federal Emergency Management Agency],” Emmett said. “Well, that’s not enough money. So, I would like Congress to come up with a way to frontload the money from FEMA so that we can get those done and completed.”

The KPC, a nonprofit land trust, works to protect greenspace in the Katy Prairie through land purchases and conservation easements—voluntary agreements with landowners that limit the use of land. KPC has protected more than 20,000 acres since 1992, said Elisa Donovan, KPC’s assistant director and general counsel.

“Our goal is to protect 50,000 acres in the historic Katy Prairie, and that goal is directly aligned with plans for flood control in the area,” she said.

Although Donovan said preserving greenspace protects wildlife habitats and provides recreational opportunities, the KPC’s mission was amplified following Harvey. Officials are reaching out to area landowners and public officials with the goal of raising awareness.

“A lot of landowners may not understand what it means to enter a conservation easement,” she said. “It allows them to continue to use the land for agricultural [purposes] and to live on the property. You’re just giving up the development potential of that property.”

She said the idea is to protect that property’s unique features, which can also benefit the public.

Donovan said more than a dozen landowners in the immediate area could reach conservation easement agreements as well as many more down to the Brazos River. The prairie land’s ability to hold water for weeks, in some areas, was evident during Harvey’s flooding, she said.