‘We are like a family’ Katy area restaurant owner says 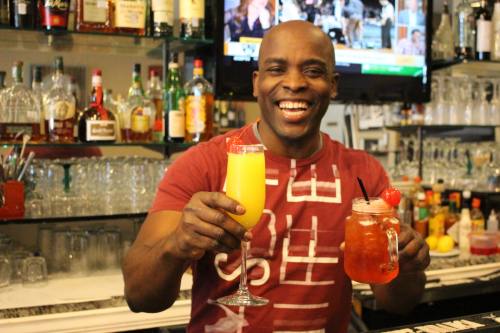 Casey Castro welcomes passersby and locals in the Katy area to experience a multitude of cultures and food at his restaurant, Astor Farm to Table, on South Mason Road.

“Me encanta la cultura de la gente,” he said, which translates to “I love people’s culture.”

Castro speaks four languages including English, Spanish and Portuguese, he said. His wife is from Argentina, and he migrated to Katy from Cape Town, South Africa, in 2004.

He and his team welcome people from all over the world to share the food they pride themselves in making.
For 14 years, he said he led a physical training boot camp before he was inspired to open a restaurant. In December 2014, he opened Argentina Café. It offered only Argentinian food at first, but he hired a chef from Venezuela and they decided to introduce Venezuelan dishes.

Guests enjoyed the Latin American cuisine, but he said they wondered why he did not include his South African culture.

He took their advice and began offering Latin and African fusion cuisine.

Within a year of the initial opening date, he rebranded the restaurant from Argentina Café to Astor Café Bar & Grill. A guest suggested naming the restaurant after well-known Tango composer Astor Piazzolla so the cafe always has tango music playing, he said.

Castro said his purpose is to connect with his customers and colleagues as a family. In this respect, he has succeeded, said Nicole Vigio, a waitress from Mexico. She said she feels comfortable ordering Castro to the kitchen when it is too crowded at the bar on weekends. Castro said there is no hierarchy, and that is the way he likes it.

He said he has some customers who have become like family, too.

“Some people walk in here after having been here once or twice, and we greet each other with a hug,” he said. “Some customers will remember the birthday of the waitress’s kid and show up with lots of gifts for them.”

Everything at Astor is made from scratch and to order, Castro said. He also buys the restaurant’s produce and ingredients from local farmers.

To better represent his emphasis in the quality of his dishes, Castro rebranded from Astor Café Bar & Grill to Astor Farm to Table on April 11.

“Bar and grill makes people think of hamburgers and fires—typical American food you can buy at any bar,” he said. “Farm to Table mentions our quality and tells people that all of our ingredients are local and fresh.”