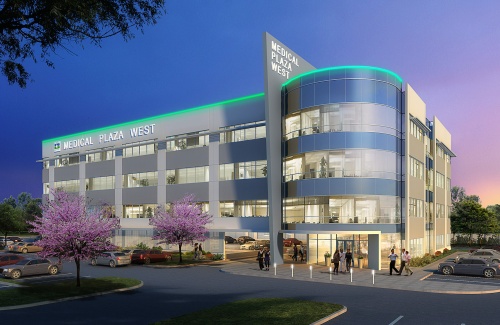 The 70,000 square foot class A medical facility called Medical Plaza West is expected to break ground by 2019 in Katy.

Houston developer Wile Interests in late July announced plans to develop a 70,000 square foot class A medical facility called Medical Plaza West, according to a press release from CBRE, the property management company for the development.

"The development is expected to break ground in the first quarter of 2019, which will be perfect timing to accommodate the ever-growing demand and population growth of the Katy area," CBRE Vice President Brandy Bellow Spinks said in the release. "Medical Plaza West is designed to accommodate specialized users such as ambulatory surgery centers, radiation oncology, and imaging."

No completion date for construction has been determined, as the project is still in the planning stages, said CBRE senior communication specialist Cari Hensley.

No major tenants have signed leases as of late July, but the facility is pre-leasing prior to construction, Hensley said.

The new medical facility will be located at Katy Green directly across I-10 from Texas Medical Center West, which includes Texas Children's Hospital and Houston Methodist West Hospital, according to the press release.

The number of jobs the facility will bring to the Katy area is still undetermined because it is dependent on the types of medical companies that sign leases, Hensley said.