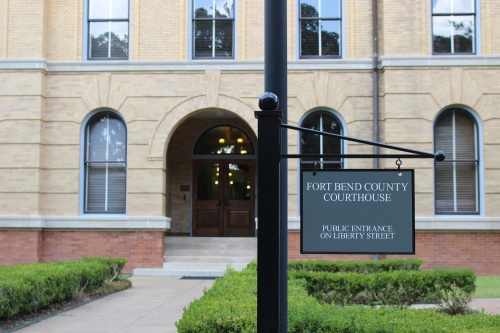 This November, Fort Bend County residents may head to the polls to vote on flood projects instead of upgrading facilities.

At the Aug. 1 special session of the Commissioners Court, Precinct 1 Commissioner Vincent Morales and Precinct 4 Ken DeMerchant recommended the county place a $62.4 million bond referendum on the November ballot for a single proposition related to flood mitigation and defer the $98.6 million bond for facility projects to a later time.

The newly proposed bond would fund the county’s local match for federally funded projects to address damages from the 2015, 2016 and Hurricane Harvey floods, Morales said. The $62.4 million would allow the county to leverage about $233 million in flood projects using matching funds from federal sources.

This decision to change the facilities bond into a flood mitigation bond was prompted by discussions with residents, homeowners associations, city mayors and other Fort Bend County constituents, Morales and DeMerchant said. Morales added that with a challenging fiscal year 2020 budget, the county needs to focus on needs rather than wants.

"I don’t think right now facilities, buildings, are really important to our constituents at this point," he said.

Precinct 3 Commissioner Andy Meyers and Precinct 2 Commissioner Gary Prestage—who attended the meeting via video conference—asked that the court consider increasing the bond amount to about $70 million or more for contingencies and other projects pursued by the Fort Bend County Drainage District that may require funding sources other than taxes.

However, Meyers pointed out that in the long run, the final bond figure may be lower. This is because about $1.5 billion will be doled out to Hurricane Harvey-impacted communities from a series of flood-mitigation bills signed into law by Gov. Greg Abbott. Fort Bend County may receive some of those funds, which would lower the county's share.

Another reason the final bond price may be lower is because about $38 million of the proposed bond is allocated to projects that have not been approved by the state for federal grants, Meyers added. If these projects are not approved, then the county will not spend the allocated bond money to fund the projects.

Judge KP George said he supports the changes in the proposed bond referendum but inquired about the future of the Office of Emergency Management building, one of the factors that prompted the county to look into a facilities bond.

Meyers and Morales said the judge should resubmit the item for discussion at a future court date. The commissioners did not discuss expanding the juvenile detention center in Richmond, a proposed facilities bond project which is mandated by new laws.

The court has until Aug. 19 to call an election. The last regular session of the court before that date is Aug. 13.