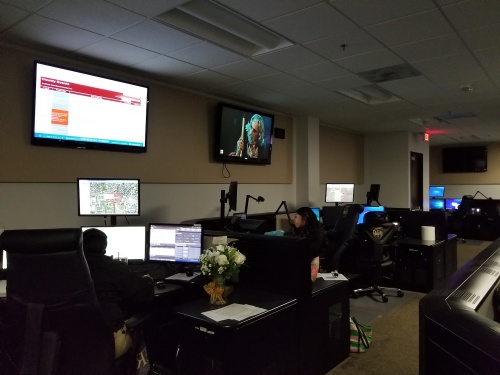 The Fort Bend County Sheriff's Office is responsible for dispatching all 911 calls in the county.

On Dec. 20, the Fort Bend County Sheriff’s Office sent an email to all county constable offices stating: “Beginning [Jan. 1, 2019] calls for service in supplemental patrol areas covered by Fort Bend County constables will be dispatched to a [sheriff’s office] patrol deputy and not the contract constable.” The missive also indicated that only sheriff’s deputies would be able to close out calls for law enforcement aid.

The directive has caused concern from the general public, Fort Bend County Commissioner Andy Meyers and county constables that the nearest available law-enforcement officer may not be dispatched to respond to calls. Meyers said via email that he is considering removing dispatching duties from the sheriff’s office’s purview as is done in other many counties across the state.

Ensuring that taxpayers are served by the primary law-enforcement office in the county was the primary goal for the new policy, Fort Bend County Sheriff Troy Nells said.

“What I didn’t want to do within our sheriff’s office is for our deputies to feel like if someone gets a contract [for supplemental law enforcement through a constable's office], then [our deputies] don’t have anything to do in [the contract area],” said David Marcaurele, Fort Bend County Sheriff’s Office chief deputy.

However, Thompson disagrees with the statement that the Fort Bend County Sheriff’s Office is the primary law-enforcement agency for the county. The new policy has caused duplication of efforts between the sheriff’s office and Thompson’s department, he said.

“We’ve seen every sort of problem you can think of with this new policy,” Thompson said.

Since January, Thompson has seen multiple instances of calls not being dispatched to contract deputies when they are in the area, staff that were on-scene at calls not being logged as present and sheriff’s deputies going to clear house alarms that have already been addressed by deputy constables. Thompson is concerned that this causes safety hazards for the public by pulling sheriff’s deputies out to calls that have already been addressed instead of having them available for more urgent issues, he said. Thompson said he agrees with Meyers that the responsibility of 911 call dispatching should be removed from the sheriff’s department.

Marcaurele disagrees with Thompson’s assessment and said he stands behind his department’s track record of responding to calls.

“We’ve been very fortunate in dispatch, especially with citizens, with very, very few complaints in the six years I’ve been here as chief deputy,” Marcaurele said.

The Fort Bend County fire marshal and emergency medical services chiefs have both expressed concerns about dispatching practices, Meyers said. Meyers said he sees no reason for the change in deputy-dispatching practices and will continue to communicate with constables and the sheriff’s department to seek a resolution benefitting the public. The current practice seems to reduce constables’ ability to respond to calls, he said.

“That to me is unsatisfactory; if I’ve got a deputy [constable] in Weston Lakes and that’s where the call comes from, then that deputy should handle it,” Meyers said.
SHARE THIS STORY