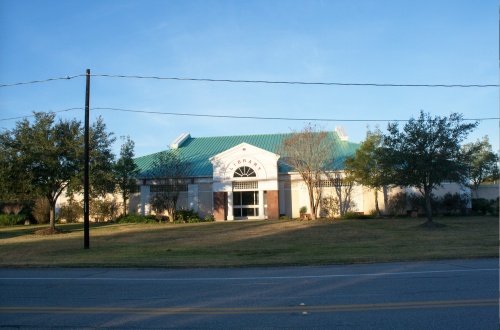 A new library is in Fulshear’s future if one county official has his way.

Fort Bend Precinct 3 Commissioner Andy Meyers plans to relocate the Bob Lutts Fulshear/Simonton Branch Library to a larger facility about half a mile north of FM 1093 on the upcoming Texas Heritage Parkway, he said. The exact location has not been chosen.

“I’m hoping to start construction sometime next year,” he said. “It really coincides with the start of construction of the Heritage Parkway. I obviously don’t want to build a library until I get a road to it.”

The Texas Heritage Parkway is a major north-south thoroughfare project between I-10 and FM 1093 that is expected to be completed in late 2020.

Meyers is talking with three architects for general plans for the new library, which would be 30,000-40,000 square feet, he said. About $14 million was approved in a previous bond issue for construction, furniture, fixtures and the book collection, he said. Past bonds that included funds for library expansions were approved by voters in 2013 and 2015.

The land for the new library, about 5 acres, will be donated by the Ginter family, Meyers said. According to Fort Bend County Appraisal District records, an entity associated with Ginter Family Investments LTD owns about 121 acres immediately north of FM 1093, roughly where the Texas Heritage Parkway would intersect.

When asked for comment a spokesperson for the library system did not know of Meyers’ plans to relocate the Fulshear/Simonton library.

Meyers is no stranger to building libraries. He helped choose the Cinco Ranch Branch Library’s site and design, he said. He purposefully selected a location near a lake with lots of trees, he said.

“I wanted it to kind of feel like you’re outside,” he said. “I hate for people to feel cooped up in an ugly government-style building that’s depressing. I wanted it open next to nature and all that kind of stuff. And it worked out very well. And so I want to do the same thing with [the Fulshear/Simonton library].”