Stephen Wilcox of Costello, Inc. delivers a brief presentation to the Planning and Zoning Commission at the public hearing.

The Katy Planning and Zoning Commission held a public hearing Tuesday evening to provide residents with an opportunity to weigh in on whether the city should adopt standards for new construction in flood plains set forth by Harris County in 2016.

“Just to kind of button it up and make sure everybody’s on the same regulatory field,” said Stephen Wilcox of Costello Inc., the engineering firm hired by the city to help develop its drainage plan.

Harris County has used these standards since 2016, he said. Roughly a third of the city, the part within Harris County, is under that standard. The portions of the city in Fort Bend and Waller counties currently only have to meet the city’s current, lower standard.

City Engineer David Leyendecker said the city would manage the enforcement of the standards. He added that only a few areas of land large enough to be affected are still available within the city's jurisdiction; therefore the work would not cause an undue burden for the city.

The Katy City Council will hold its own public meeting on the measure at 6:30 p.m. on Aug. 27 at Katy City Hall. The council would need to adopt the standards prior to them becoming effective.
SHARE THIS STORY 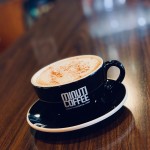