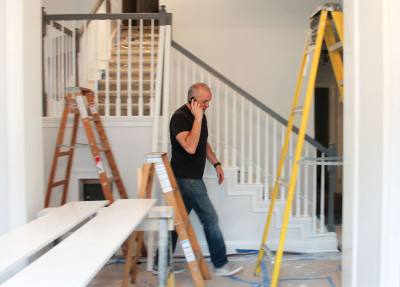 As officials assign new property values for the more than 2 million parcels located in Harris and Fort Bend counties, the damage caused by Tropical Storm Harvey in August looms large.

It has been estimated that 59,476 homes in Harris, Fort Bend and Waller counties were damaged by Harvey—the city of Katy alone counted 629 homes—which will result in lower values assigned to many of those properties as of Jan. 1.

“This happened in [2017], and we didn’t realize how long it would take to get the reappraisals done,” Fort Bend County Judge Robert Hebert said. “This was a much more serious flood.”

A drop in appraised value could lead to a drop in property tax revenue, which accounts for a majority of county, city and school district operating budgets.

Meanwhile, little progress has been made in the way of buyouts for Harvey-flooded properties around the Katy area. As of Jan. 10, Harris County had authorized Harvey-related buyouts for 63 properties—mostly residences and vacant lots—though its own program, according to the Harris County Engineering Department. Buyouts have also occurred for county homes damaged in the 2016 Tax Day Floods.

However, Fort Bend County still has not received federal money from either the Federal Emergency Management Agency or the Department of Housing and Urban Development for 2016, officials said.

“We’re hoping by midyear, [the agencies] will tell us,” Hebert said in early January. “It’ll be two years since the floods.”

Properties across Texas are typically reappraised each year beginning Jan. 1 by districts that operate within each county. In larger counties, appraisal districts use a formula based on factors, including home prices and sales volume, according to attorney Debbie Cartwright of the Texas Taxpayers and Research Association.

Storm-damaged properties would receive new 2017 values for the time after Aug. 23, which is when a disaster declaration was made.

“Property owners who have experienced disaster or damage to their homes should take photos, get damage estimates from experts and should provide that information to the appraisal district as soon as possible so the district can use it to fill their models and properly appraise that property,” Cartwright said.

Fort Bend Chief Appraiser Glen Whitehead said homeowners could begin rebuilding their properties while they wait for a reappraisal, but they should document the damage and keep receipts for construction and cleaning materials. He said FBCAD plans to finish reappraisals by the end of this month while HCAD envisioned a late February time frame.

“[HCAD] have used information from various sources—news reports, 911 and 311 calls, information from city and county flood control [districts]—really anything that we could use to identify, first, areas that had been flooded, then neighborhoods and then individual properties,” Barnett said.

Appraisers cannot enter houses but they can assess damage based on other factors, including water marks, furniture on the curb and tarps signaling a wind-damaged roof, he said.

Hebert and Barnett said even if property owners are waiting to be reappraised, they must still meet the Jan. 31 payment deadline. The difference in value from a reappraisal after Jan. 31 will be reimbursed.

Harris and Fort Bend counties are bracing for decreases in overall property tax revenue, but officials from the city of Katy and Katy ISD said it was too soon to know what the effect this would have on their respective bottom lines.

Harris County Budget Chief Bill Jackson said it is unknown what the full effect will be, but some departments will likely have to pass flat budgets or take cuts of as much as 5 percent.

“Many of these homes will not be restored to their original values for a long time, especially not by Jan. 1,” he said at a budget review in September.

Many Katy-area homes flooded for the first time during Harvey, notably behind the Barker Reservoir. Its water entered surrounding homes even after the Army Corps of Engineers chose to implement a controlled release of water downstream.

Hebert said 3,000 county homes behind the reservoir had water in them, and he wants Congress to authorize money for the federal government to either buy out those properties or repair them.

Considering the county still has not received final confirmation on buyouts from the 2016 floods, the timeline for Harvey is expected to drag on. HUD approved about $17 million in Community Development Block Grant-Disaster Recovery funding for Fort Bend County in October, but more steps are needed to get the money.

County Community Development Director Carol Borrego said the application process for such funds is lengthy, and added that it also took two years after Hurricane Ike to receive allocations. Meanwhile, danger persists for frequently damaged homes in the flood plain where simply rebuilding is inadequate.

“That’s the public safety issue we’re dealing with is that some people are really in harm’s way,” she said.