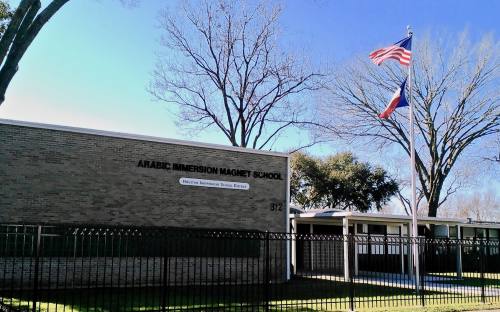 Houston ISD’s Arabic Immersion Magnet School will move to the former site of the Kinder High School for the Performing and Visual Arts, 4001 Stanford St., Houston, this August, the district confirmed in a statement to Community Impact Newspaper.

"The move will provide space for AIMS, which serves pre-kindergarten through third grade, to continue adding grade levels each year, up to eighth grade," a statement from the district reads.

The campus, which is the first public Arabic-language immersion school in the nation, has more than doubled in size since opening in 2015 at 812 W. 28th St., Houston. This year, it has 333 students enrolled.

According to the district's school choice website, the Arabic school has no available space for additional pre-K and first grade students and limited availability for other grades. The Phase 2 magnet school application deadline is May 31.