“The faster we get everyone back to their normal lives, the faster we can all start generating economic activity and revenue for businesses and government and things that we need to make the economy go,” Houston City Controller Chris Brown said.

A downturn triggered by the outbreak and declining oil prices, which began before the virus reached U.S. shores, could cost Houston 45,000 jobs over the next year, University of Houston economist Bill Gilmer said.

The elusive question is: When will life return to normal again?

“No one knows how or when it will end,” longtime Houston sociologist Stephen Klineberg said. “It’s a complicated, difficult and unpredictable set of realities. We’re used to floods, to sudden events. And we pride ourselves on helping each other. Now you help people by staying away.”
RELATED STORIES

The price of oil hitting near-historic lows will mean job cuts in Houston. Similar declines in the past have had devastating effects, said Klineberg, who launched the Rice University Kinder Institute’s annual Houston survey amid the 1980s oil bust.

The effect on the oil and gas industry might be less extreme this time because these companies are more lean, Gilmer said.

If a 2020 recession mirrors that of 2008-09, Houston could see combined tax revenue losses reach $100 million, the controller’s office found in a March "stress test" report compiled before the outbreak. In the worst scenario tested, with declining revenue and increasing expenditures, the city's deficit could reach $294 million.

By June, the city of Houston will set its Fiscal Year 202-21 budget, when the economic effects of the virus could be hitting the hardest, Brown said.

The process comes alongside goals from Mayor Sylvester Turner including hiring more police officers. Turner also has an ongoing dispute with firefighters over implementation of Proposition B pay raises, which he said would cost $100 million if given out in one year.

“The only scenario that would create a structurally balanced budget would be if we reduced expenditures by 3% and then found a way to increase revenue by 3%,” Brown said. “We have the control to probably reduce 3% in expenditures, but right now, a 3% increase in revenue is going to be nearly impossible to come by.”

Houston First, the government corporation that is funded by hotel occupancy taxes and oversees city tourism declined to provide estimates of the effects of ongoing cancellations.

Hotel tax collections are down about 3% for the first quarter of 2020, according to a Feb. 29 financial report, though revenue was budgeted to increase overall in 2020 by about 6%, to $91.5 million, helped in part by new revenue coming from Airbnb rentals this year, which was slated to generate $3 million. Projecting a $30 million deficit, Houston First furloughed 60% of its staff on March 26.

While the Houston Livestock Show and Rodeo was the single biggest event to be shuttered over the outbreak, Houston First reported losing six other events in March and April that would have brought close to 100,000 attendees and 60,000 hotel stays—not including potentially hundreds of other canceled events at non-Houston First venues.

Darnell Tingle, president of the local union affiliate representing hospitality workers said two of downtown Houston’s largest hotels, The Marriott Marquis and Hilton of the Americas, were each down from over 500 staff onsite to less than 20.

These effects get compounded across restaurants, bars, arts and entertainment providers. A drop in hotel taxes pales in comparison to a decline in sales tax, which makes up 15% of the city’s revenue, compared to 1% for hotels, as incomes dry up and social distancing rules suppress other economic activity.

The sharp effects of the response to the virus also highlighted the gap between the rich and the working class, Klineberg said.

“The wage earners paid by the hour will be the ones hurt most, but those of us on annual salaries will be doing relatively fine,” he said. In his 2019 survey, almost 40% of Houstonians said they could not come up with $400 to cover an unexpected cost.

“It's a step in the right direction as far as bolstering unemployment benefits,” said Jennifer Hernandez, president of the local union affiliate for painters and allied trades. “We would like to see insurance addressed as workers are going to have a lapse in coverage and we’re going to look for protection of pensions ... there is still a lot work to be done.”

Tingle added that many workers are using up all paid leave available to manage illness and childcare and want an emergency paid leave ordinance approved by the city.

“Evictions are just a proxy for people struggling, and we’re going to see a lot more people struggle as a result of this public health crisis,” said Jeff Reichman, author of the study.

Houston committed to maintaining water service for those behind on payments and as of press time, the Public Utility Commission of Texas was considering doing the same for energy payments, Turner said.

Despite challenges, economists say the city has a reputation for rebounding.

“The story of Houston has been, right from the beginning, a city that needed to continually reinvent itself at different points in history. We’re at the same inflection point today,” Klineberg said.
Houston City Council Chris Brown Sylvester Turner Stephen Klineberg Houston economy
SHARE THIS STORY 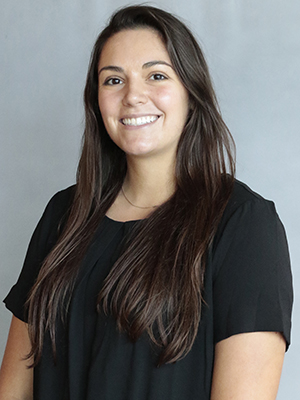 A week after tentative reopening, Penny Quarter in Montrose closes

A week before, the cafe said it was tentatively reopening as coronavirus restrictions began to relax further.

"All good things must come to an end; and after 28 glorious years, our time is now," a message from the restaurant reads.

He said he will provide more details at a rally scheduled for Tuesday, June 2 where protesters will march to City Hall.

Amid COVID-19, Montrose-area resources step up support for vulnerable populations in LGBTQ community

Efforts to curb the spread of the coronavirus are compounding the challenges some members of the LGBTQ community were already facing.