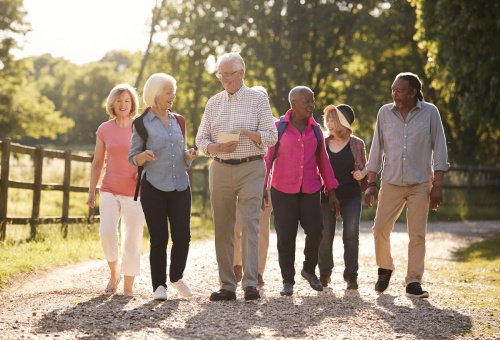 After a four-year public input process, a plan to protect Houston’s senior population was adopted in the form of an executive order signed Aug. 27 by Mayor Sylvester Turner.

The plan, developed in partnership with the AARP, outlines new city commitments, such as better sidewalks and walkability and increased access to affordable housing and accessible transportation options.

"The positive effect of today's executive order will benefit everyone," said Steven Williams of the Houston Health Department. "For example, accessible sidewalks with ramps are beneficial not only for seniors, but they are also beneficial for mothers pushing strollers, [for] children walking home from the school bus stop, for disabled people and for anyone who wants to get outside and for fresh air and exercise."

The plan's passage is accompanied by the creation of a citizen oversight committee to monitor its implementation and make adjustments as needed. Mayor Sylvester Turner also appointed City Director of Community Relations Janice Weaver as the Age Friendly Community Advisor to serve as a point person coordinating with Houston Health Department's Area Agency on Aging as well as other city departments and community groups.

In 2015, under former Mayor Anisse Parker, Houston committed to forming an “Age Friendly Action Plan" as part of a nationwide effort led by the AARP and the World Health Organization. According to AARP data, one in four Houston residents is over the age of 50, and one in 10 is over the age of 65.

Cities that agree to form such a plan typically take public input on which aspects of the AARP’s framework for an Age Friendly City are most relevant and applicable, and work to determine strategies for implementing them. Stakeholders in Houston's outreach efforts included the Super Neighborhood Alliance, the University of Texas Health Center, the Chinese Community Center, METRO and other community and health-based organizations.

Houston joins Austin, Fort Worth and San Antonio as the fourth city in Texas to adopt an Age Friendly Action Plan. Brownsville and Dallas are also in the process of forming action plans, according to the AARP.