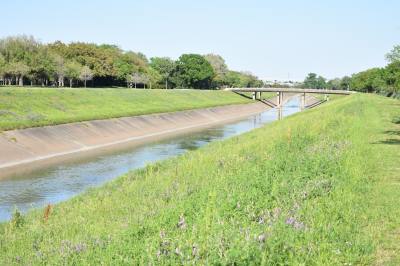 The $205 million initiative has focused on the acquisition, design and construction of about 160 miles of connected linear parks and greenspaces along nine of Houston’s major bayous, which will include walking, running and bicycle trails.

The $16.88 million which will come out of the city’s Parks Consolidated Construction Fund, will be the final public installment for the privately and publicly funded project between the city and the Houston Parks Board.

“This is really a remarkable program for the city of Houston,” said Beth White, CEO and president of the Houston Parks Board. “Cities around the country have been paying attention to what’s going on in Houston, and the leadership that’s been moving it forward to make it an even more liveable place and real green leader in terms of parks and public ground.”

Public bond funds that went toward the initiative were approved by voters in 2012, with the project on schedule to be complete in 2020.

“Within the last year, [White] has been an incredible asset to us with her national leadership of greenspaces,” Council Member David Robinson said. “She continues to help us build into the ranks of the enviable cities of the United States. I’m looking forward to where we’re going with her leadership in the coming years as we are growing to become the city with the most linear parks in the country.”

Motorists should expect delays and may want to consider an alternate route than that stretch of I-69.

‘It could have been a lot worse': Houston begins cleanup after Hurricane Nicholas

Over 150,000 residents were still without power as of the mayor’s morning update.