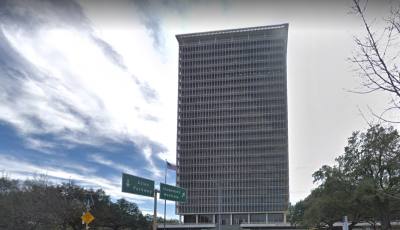 2919 Allen Parkway is the site of one of two buildings nominated to receive a state grant for extensive renovations.

The buildings, at 2727-A Allen Parkway and 2919 Allen Parkway, Houston, were nominated for a grant from the Texas Enterprise Zone Program—a statewide economic incentive program—to offset costs of $34 million in planned projects, some related to damage sustained during Hurricane Harvey.

Houston City Council voted 10-3 to nominate the buildings May 29, and if approved by the state, American General Life Insurance could receive $2.5 million in incentives as long as it meets certain job creation requirements over five years. These incentives do not require any funding from the city of Houston.

Under the program, 35% of any jobs the company creates must be filled by residents of an enterprise zone, or individuals who are economically disadvantaged. Project costs also must total more than $5 million.

Some council members called to question the application process for such grants, stating a greater desire to identify and nominate eligible businesses within their respective districts.

“I'm having a little bit of a hard time giving a $2.5 million tax credit to a company that was going to have to rebuild itself anyway,” District J Council Member Mike Laster said. “There are thousands of companies along Buffalo Bayou from downtown all the way out west that had to rehabilitate their properties.”

District C Council Member Ellen Cohen, whose district includes the project area as well as much of Montrose and The Heights, said questioning the outreach process should not preclude American General Life Insurance from getting nominated for the grant.

“I don't think we should penalize the companies that step forward and apply because they stepped forward and applied and got what they needed,” Cohen said. “It’s not costing the city anything, and other companies need to be aware of the opportunities.”
SHARE THIS STORY

“It's so important for us to do everything we can to hold on to as much of that history and not lose it because it defines in large part who we are as a city, we have lost a lot but we have not lost it all,” Mayor Sylvester Turner said.