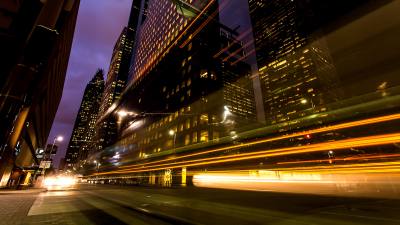 Houston residents can weigh in on a proposed change to electric rates May 29.

Houston residents have a chance to weigh in on proposed increased electric rates at a public hearing May 29.

CenterPoint Energy, the company that owns Houston’s power lines and much of the electrical infrastructure in the Greater Houston area, is pursuing a nearly 2% rate increase until 2021, according to the city of Houston Administration and Regulatory Affairs Department.

CenterPoint calculates the average residential customer using 1,000 kilowatt hours per month would experience an approximate 1.91% increase, or $2.50 per month, for the first three years of the rate change.

These rate changes affect most Houston residents because CenterPoint charges private utility companies for use of its electrical grid infrastructure in a coverage area that includes 848,000 households, 125,000 commercial consumers and 1,100 industrial consumers in Houston, per city documents.

After three years, a federal tax break CenterPoint has applied for will expire and could cause the rate to increase again without additional approval from the Public Utility Commission of Texas. The impact on individual customers has not yet been calculated.

Residents can provide input on the proposed rate changes at a public hearing scheduled for 6 p.m. May 29 on the first floor of the Houston City Hall Annex at 900 Bagby St., Houston.

Anyone who cannot attend the public hearing may submit input to Alisa Talley, the division manager of the city administration and regulatory affairs department. Input can be directed via email to [email protected] or mail to the department at 611 Walker St., 13th floor, Houston, TX, 77002.

In the coming months, Houston City Council will vote on whether to recommend the rate increase for final approval by the PUC. If approved by the PUC, new rates could take effect as soon as August 8.
SHARE THIS STORY

The Garcia family gained ownership of what was once called El Patio.

Kristin Nelson was inspired by her sister-in-law and her neighbor, both nurses, who had previously sent her selfies of them decked out in PPE.

Children age 12 and older are now eligible for the Pfizer vaccine.

A major closure is slated to go into effect the evening of June 10 at one of Houston's busiest highway intersections.