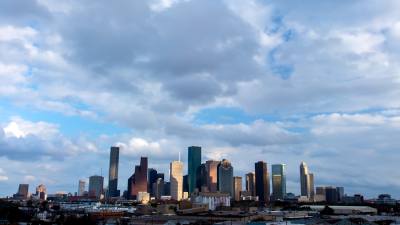 The proposed FY 2020 budget for the city of Houston shrunk 1% following updates on the validity of Proposition B and a revenue-decreasing bill in the Texas legislature.

Changes to the over $5 billion budget came after the conclusion of two weeks worth of budgetary hearings for each city department. Five city departments all received increased allotments in the new budget proposal, while the fire department budget allotment was reduced.

"Instead of being 7.9[%] above the fund balance, we will be 8.7% over the minimum requirement,” Mayor Sylvester Turner said, referring to a reduction in funds pulled from the city's fund balance. “We are in much better shape."

A May 15 court ruling rendered Proposition B—the ballot measure mandating pay parity between Houston firefighters and Houston police officers—invalid. As a result, the city rescinded layoffs for 220 firefighters, 66 fire cadets and 47 municipal employees that were issued as 60-day notices in April. This increased the city’s expected expenditures by $22.7 million.

Marty Lancton, the president of the Houston Professional Firefighters Association, hosted a press conference May 21 and asked Turner to enter into binding arbitration to reach an agreement on a contract for the firefighters union.

"We propose that the city commit to binding arbitration so that we can expedite the impasse of our collective bargaining contract," Lancton said. "This is a sensible solution. We continue to wait for the call that the mayor says he is willing to make."

In response to calls for arbitration, Turner said the two should pursue a contract through a collective bargaining agreement which he said is the standard procedure.

"[Houston Fire Department] Chief Peña will move the process forward, but we are more than willing to engage in collective bargaining so we're back to the regular course of business," Turner said. "I'm not going to go back and forth on who's calling it."

Neither party has named a date they could be expected to sit down for negotiations.

Meanwhile in Austin, Senate Bill 1152, a bill that effectively reduces the amount cities can charge in franchise fees for telecommunication companies, passed in both the House and the Senate. The expected decline in revenue for FY 2020 totals over $16.5 million for the city of Houston.

Even with increased expenditures for reinstated positions and decreased revenue from franchise fees, the elimination of $79 million that would have funded pay raises for Houston firefighters as mandated Proposition B means the city’s overall proposed budget shrunk 1% from its original version. The original draft proposed a $2.156 billion budget, and the revised version called for a reduction to $2.131 billion.

Houston City Council members have until May 28 to submit budget amendments, and the budget will go before council for final approval June 5.

The O’Quinn Medical Tower will also be part of the expanding McNair Campus.

Relocating the residents will cost the city an estimated $1.5 million.