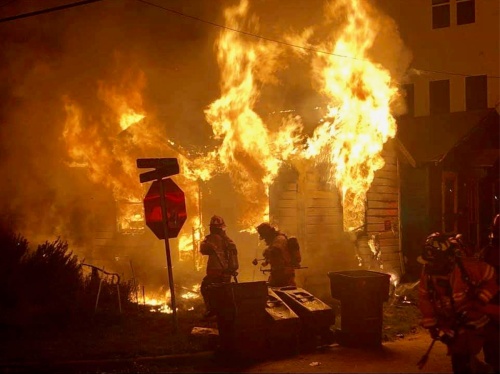 The city of Houston began issuing $27.43 million in delayed raises to Houston firefighters on May 10 that are intended to bring them into pay parity with police starting from Jan. 1, according to a statement from the city.

The raises were mandated by the passage of Proposition B in November.

A total of $31 million in raises will be paid out before the end of the fiscal year on June 30. Another 4% raise is slated to come starting July 1 to match a police officer raise that also takes effect with the new fiscal year, according to the city.

"I still believe Proposition B is very bad financial policy for the city. However, I also believe the firefighters deserve a raise," Mayor Sylvester Turner said in the release. "The issue of the legality of Proposition B is left to the courts, but I want Houstonians to know that we are moving forward to implement Proposition B and fulfill the will of the voters, in a fiscally prudent manner without jeopardizing the financial integrity of the city."

Implementing the raises has led to layoff notices being sent to dozens of city workers and fire cadets, as well as 220 firefighters.

The step drew criticism from the firefighters' union president, who called the implementation of these stopgap raises "a dumpster fire" because the way these raises were calculated were not explained to nor vetted by the union, which could trigger grievance claims from individual firefighters, according to the union.

The city is funding the raises by drawing down its fund reserves, officials have said. With mediation between the union and the city exhausted, a county district judge is weighing a ruling that could invalidate the proposition or reaffirm it.