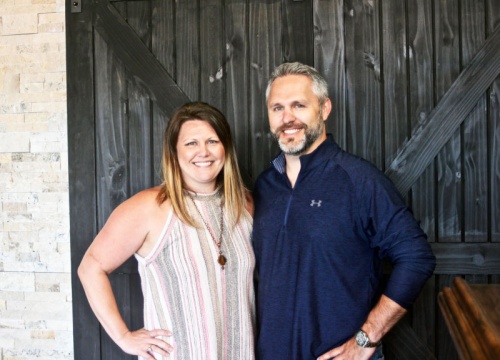 Chris Liggett, owner of Tejas Custom Boots since 2017, knows he is on an endangered species list somewhere.

“There aren’t enough bootmakers out there,” Liggett said. “We are a dying breed.”

The shop, which has been around since 1984 under two different owners during that time, is one of a handful in the city that offers custom bootmaking.

“There are no schools to learn this. The only way to learn, like I did, is to find someone to show you,” Liggett said.

He began as an apprentice in the early 2000s, but he kept his day job as an oil landman until an industry downturn prompted him to re-evaluate what he wanted to do next.

“It seemed the perfect opportunity to take this on,” he said.

With a pair of custom boots costing $2,000 or more, Liggett said the business is based on quality of service, not quantity. Even so, he said he had 70 boots in various stages of production as of late May, and expects to craft around 300 for the year. A single pair can take as long as seven months to make, depending on the design choices the customer makes.

“That means if you want boots for the Rodeo, you need to get that order in by August,” he said.

Liggett said he begins by asking questions about the customer themselves—what do they do, what are the boots for—and then he helps guide them through the options. With 18 types of skins, 12 toes, eight heels and five scallops, it can be overwhelming, said Jenn Mosley, Liggett’s sister and store manager.

“But that’s why Chris’ customer service is so important, and it’s also how we can get you a boot that’s uniquely yours,” she said.

While the investment may give sticker shock, when customers consider the value of having a shoe that truly fits their foot and the fact that it can last 15 years or more makes it worth it, she said. Customers have driven from as far away as Oklahoma to get a custom boot.

“Once you wear one, you’ll understand,” Mosley said.