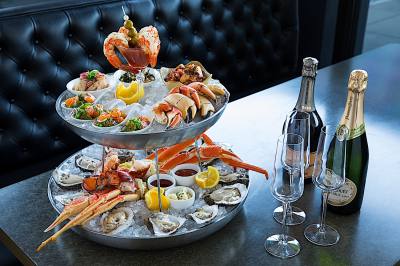 Longstanding Heights establishment Big Star Bar announced it would close sometime after May 31, after its lease ends at 1005 W. 19th St., Houston. The bar will celebrate its 10th anniversary on May 25 and 26, with a final send-off event when a formal closing date is set, owner Brad Moore said.

"We love and have enjoyed our time here," Moore said. "The thousands of memories have been amazing, bizarre, and hopefully meaningful to those who experienced them."

The bar could reopen in another location if the opportunity arises, he said.  281-501-9560. www.bigstarbar.com

Here are eight other local businesses that made moves in April:

Mayfield Social Club, 5555 Washington Ave., Ste. A, Houston, opened April 18. The bar and restaurant includes a poker club, which charges for games by the hour. It is open 24 hours a day from Thursday through Saturday, and 6 p.m. to 5 a.m. Sunday through Wednesday. 832-516-8586. www.mayfieldclub.com

A new seafood restaurant boasting over 100 varieties of gin, 1751 Sea and Bar, opened April 2 at 191 Heights Blvd., Houston. The name is a nod to the Gin Act of 1751, a British tax on the liquor to discourage overconsumption. According to a news release, the restaurant will feature fresh seafood selections prepared myriad ways, including oysters, poke and caviar service. 832-831-9820. www.1751houston.com

The vegan food truck Verdine opened its a brick-and-mortar restaurant in early April at 449 W. 19th St., Ste. C-200, Houston. The cafe has a patio and serves beer and wine as well as all plant-based food. www.eatverdine.com
SHARE THIS STORY

The property at 7620 Washington Ave.—formerly a brick and construction material supply business—includes a 12,595-square-foot showroom and a 19,250-square-foot warehouse.

FM Kitchen & Bar to open second location on Westheimer Road and 4 other restaurant announcements around Montrose, the Heights

A slate of new bars and restaurants has been announced for the area, and several others opened earlier this month.

The Garden Oaks-based nonprofit more than doubled the number of children it served per day during the coronavirus pandemic, and officials are looking to boost those numbers even higher.

Kristin Nelson was inspired by her sister-in-law and her neighbor, both nurses, who had previously sent her selfies of them decked out in PPE.