Although Keith Barber began his career as an auditor, he was always drawn to fields where he could help people. Twenty-five years ago, Barber gravitated to the health care industry when a good friend initiated an interview with Uvalde Memorial Hospital in Uvalde, Texas, netting him a job as the hospital’s chief financial officer.

“I was always intrigued by just the human component of seeing a hospital in action and just how meaningful that actually was versus a manufacturer of widgets,” Barber said.

After spending 15 years at regional hospitals, such as Tomball Regional Medical Center, Barber moved up the ladder after joining the Houston Methodist system in 2012. He was named CEO for Houston Methodist Willowbrook Hospital in September. Barber said he hopes to continue helping the hospital grow along with the rising population in northwest Harris County without sacrificing the quality the hospital’s patients have come to expect.

Did you always picture yourself as a CEO?

I was fortunate enough to have started out in a small hospital—so even early in my career, I was able to really lead. And also, even though I was on the financial side, I didn’t live in the numbers. I realized that the way to create results for the organization was by doing everything else really well—by growing the facility, making sure that we have the best quality and making sure that we take care of our people. By doing all that, you created the financial results that you were looking for, and by [noticing] that, my interest started to transfer over into those other areas.

What do you hope to accomplish as CEO of Houston Methodist Willowbrook?

Houston Methodist Willowbrook has been on an amazing trajectory over the last several years. Having already been here and a part of this team, it’s really about continuing that same trajectory of growth and excellence. It’s about keeping up with the pace of growth in the community. We use the term around here “grow wisely,” which means that we don’t grow too fast, but we don’t grow too slow either. But it’s also not [just] about growing. It is an absolute commitment to make sure we stay focused on quality and also our service model.

Has rapid growth in Northwest Houston brought about any challenges?

I wouldn’t say challenges so much as [strategies]. Certainly, [Houston] Methodist is very serious about staying in pace with the growth in the markets that we serve in the [Greater]Houston area. So the expectation for us as a system, but also in this market, is to continually analyze the market so we stay in pace with it. We’re opening up our emergency room on Hwy. 290 [on Nov. 3]—we’re very excited about that. That’s an area where we’re meeting the needs of the [community]. More and more we continue to hear [Houston area residents] want to be at Methodist.

How has the state’s decision to not expand Medicaid affected the hospital?

We may have to adjust as the rules may change out there. What we spend a lot of time on is adapting ourselves for change. We’ll even use the term “turn on the dime” so that we can be continually committed to providing great access to health care for everyone in our community. That’s what we’re committed to, and I think we do a great job of that. As health care reform goes about and changes and weaves, our position is to stay ready. 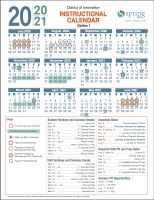 UPDATE: Here’s when your Cy-Fair ISD student will have time off from school in 2020-21

The first day of school for students will be Aug. 24.

NCS Multistage Holdings, Inc., an oil and gas technology and services company, has relocated its headquarters to Chasewood Crossing Three.