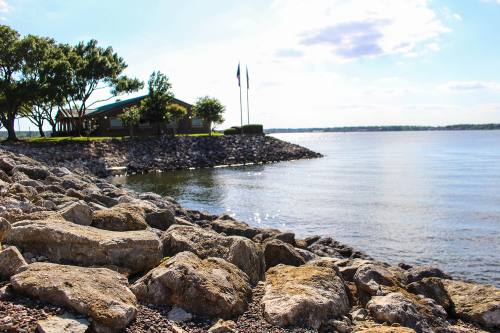 The San Jacinto River Authority and the city of Houston were waiting on the TCEQ to approve the joint proposal before finalizing the proposal, according to a June 16 news release from the entities. According to the release, the TCEQ notified the entities on June 15 that the agency would use “enforcement discretion” if flood mitigation releases for Lake Conroe and Lake Houston exceed annual water rights.

During a recent interview, SJRA General Manager Jace Houston said the flood mitigation strategy is temporary and could take up to two years. If implemented, it would provide time for dredging to be done to the West Fork of the San Jacinto River, as well as increase the reservoir’s capacity to hold rainfall during storms and potentially reduce flooding downstream, Houston said.

The SJRA and the city of Houston needed approval from the TCEQ because the entity regulates how much drinking water can be released annually from water supply reservoirs like Lake Conroe and Lake Houston, according to the news release.

To read more about the proposal and its potential impact on Lake Conroe area property owners, check out Community Impact Newspaper's June cover story in the Conroe and Montgomery edition, which will be in mailboxes this week.