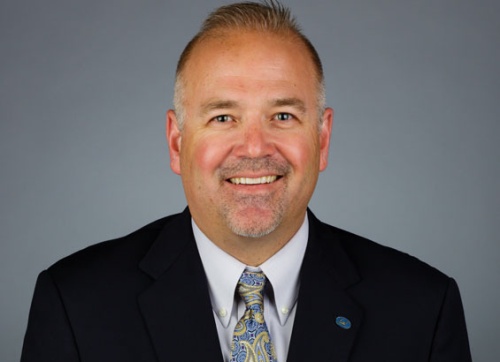 Houston alum Chris Pezman was officially named the University of Houston's new vice president for intercollegiate athletics and director of athletics Dec. 12 at a press conference held at the TDECU Stadium Club.

“Chris has achieved success operationally, he understands the student athlete experience and he is a familiar name and face to our supporters,” UH President and System Chancellor Renu Khator said in a release. “His enthusiasm to lead our Athletics program is unmatched and I am confident that he will lead UH Athletics to its rightful place.”

Pezman is now the 13th director of athletics in University of Houston history, according to the release.

Pezman spent the last four years at the University of California–Berkeley as the senior associate athletics director for facilities, operations and event management and capital projects and the chief operating officer. He led the Houston football team in 1992 as the team captain.

“We are thrilled to be returning home. Houston has always been home, and will always be home,” Pezman said in the release. “The University of Houston has continued its resurgence on a national level, and I am delighted to help continue our upward mobility in the future. I cannot thank Renu Khator and Tilman Fertitta enough for their trust in my vision, and I look forward to working together with the entire University of Houston community as we continue to take our proud university to new heights.”

Pezman served as assistant athletics director for football operations at UH for the 2012 and 2013 seasons and handled the organization and business operations for all football games.