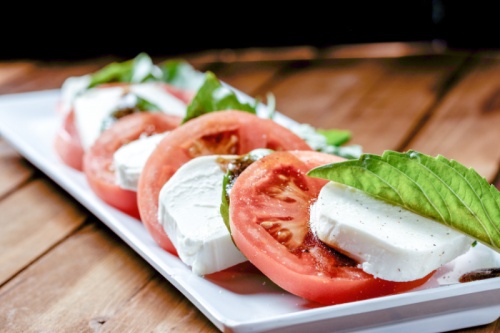 Sports bars may not always stand out for their food menus, but LT’s Sports Bar and Grill in Cypress is trying to change that standard with distinct and creative dishes.

Named after owners and Cypress residents Lucy and Travis Lamberton, LT’s opened in May 2016 on Barker Cypress Road. Travis Lamberton said he wanted to open a place that combined the sports bar experience with good food.

The menu ranges from burgers and hot dogs to fresh caprese salads, French dip and blackened catfish. A rotating daily special allows diners to try off-menu items, such as pulled pork sandwiches, tostadas, and red beans and rice as well as rib-eye steak dinners every Tuesday on steak night.

Diners will not find a microwave anywhere in the kitchen at LT’s, and almost all sauces are made in-house, he said, adding the plate of freshly made pork rinds have proven to be a popular appetizer.

“When the pork rinds come out hot, they’re cracking and popping for about 15-20 minutes after they’re served,” Lamberton said. “Customers really seem to get a kick out of that.”

The LT’s drink menu features a variety of bottle and draft beers as well as specialty cocktails.

The neighborhood bar atmosphere Lamberton is trying to create was on full display following Hurricane Harvey in early September, he said. LT’s was shut down for two weeks after Harvey when the venue took on about 10 inches of water, he said.

“We had a lot of our regulars show up with wet vac[uum]s and mops and just start wiping things down,” Lamberton said. “I didn’t ask for help from anybody. They all just came on their own looking for ways to help.”

The restaurant has since completely recovered from the storm, he said.

Lamberton said his favorite thing about working in the restaurant industry is getting to interact with customers.

“By far the best part of it is when people leave with smiles on their faces,” he said. “What we’ve wanted to be from the start was a neighborhood bar where you felt at home, and I think we’ve done a pretty good job at doing that.”