The letter comes about a week after Texas Central officials announced they were laying off 28 employees on March 27 “in an effort to make the best use of [their] current funding” in the midst of the coronavirus pandemic.

State senators and representatives in the letter said they do not believe Texas Central will be able to secure adequate funding for the construction of the project any time soon.

“It has become clear Texas Central Railroad simply does not have the financial resources required or expertise employed to continue with this project,” the letter read. “To proceed otherwise would be an inexcusable waste of taxpayer dollars and jeopardizes the integrity of the rules making process at the Federal Railroad Administration.”

• Here's how you can make your own face mask at home

• How Cy-Fair hospitals are preparing for a potential coronavirus surge

U.S. Reps. Kevin Brady, R-The Woodlands, and Ron Wright, R-Arlington, followed up with their own letter to Chao on April 8.

“We are in the midst of a public health crisis, and our taxpayer dollars should be focused on defeating our invisible enemy—and not on a private, Texas based project,” Brady said in a statement. “Texas Central has shown the bleak reality of their financial situation, and the project remains unsustainable.”

Members of the ReRoute the Route coalition advocate for the proposed high-speed rail project to be relocated to a safer and more sensible route. Spokesperson Taylor Ward thanked these legislators in a statement saying the project has funding, safety and private property concerns.

“Carlos Aguilar, President and CEO of Texas Central, has made it clear that the proposed high-speed rail is in no financial shape to move forward, especially in light of the COVID-19 crisis," Ward said. "Congressman Brady has once again championed action in favor of all Texans, and all taxpayers nationwide by asking Transportation Secretary Elaine Chao to halt the federal regulations process on Texas Central’s proposed high-speed rail project." 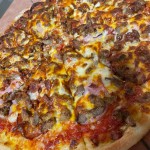