Voters to decide on $3.5 billion bond referendum for METRO in November 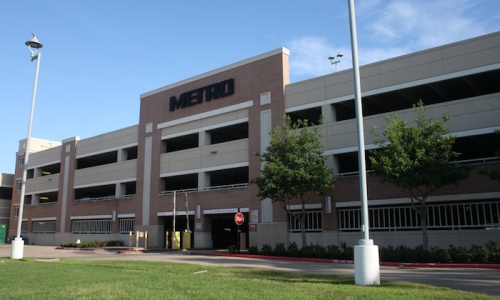 METRO officials said the average daily number of parked cars at the Cypress Park & Ride at Skinner Road in 2019 is nearing the site's capacity.

Harris County voters will decide on a $3.5 billion bond referendum for the Metropolitan Transit Authority of Harris County in November that, if approved, would allow the agency to borrow up to $3.5 billion over the next 20 years.

The projects laid out in the bond are guided by METRONext, a long-range plan that calls for improvements to the entire transit system, including the construction of new park and ride facilities, 16 miles of new light rail—including a connection to Hobby Airport—and 75 miles of new METRORapid bus transit.

“The METRO proposition is a bold new plan for sustainable transit solutions that will provide more transportation choices for more people, connecting them to jobs, education and health care, all while improving our economy, environment, quality of life and competitiveness with other urban areas,” board Chairperson Carrin Patman said in a statement.

METRO officials have previously said the Cypress Park & Ride on Hwy. 290 at Skinner Road is in danger of exceeding capacity in the coming years. In early 2019, an average of 1,460 vehicles were being parked at the facility each day, near the site's capacity of 1,487 parking spaces. In METRO's most recent ridership report released in August, the facility was seeing 2,329 average boardings per weekday.

METRO does not collect property taxes, but the authority does collect a $0.01 sales tax in Harris County to support its operations. Board members said the bonds will not require a tax increase. Patman said regardless of the bonding authority, funds will only be borrowed when projects are fully developed and funded by other sources.

"The ability of Houstonians to more efficiently move around our region is essential to our continued economic success—both for our businesses and our employees and their families," Mark Cover, chairperson of GHP's Transportation Advisory Committee, said in a statement. "The METRONext plan directs our transit plans between now and 2040. It is critical that we get this right, and I think we are on a good path."

The METRO bond proposition will appear on ballots throughout Harris County in the Nov. 5 election. Early voting kicks off Oct. 21 and runs through Nov. 1. Read more about METRONext here.

Matt Dulin contributed to this report.