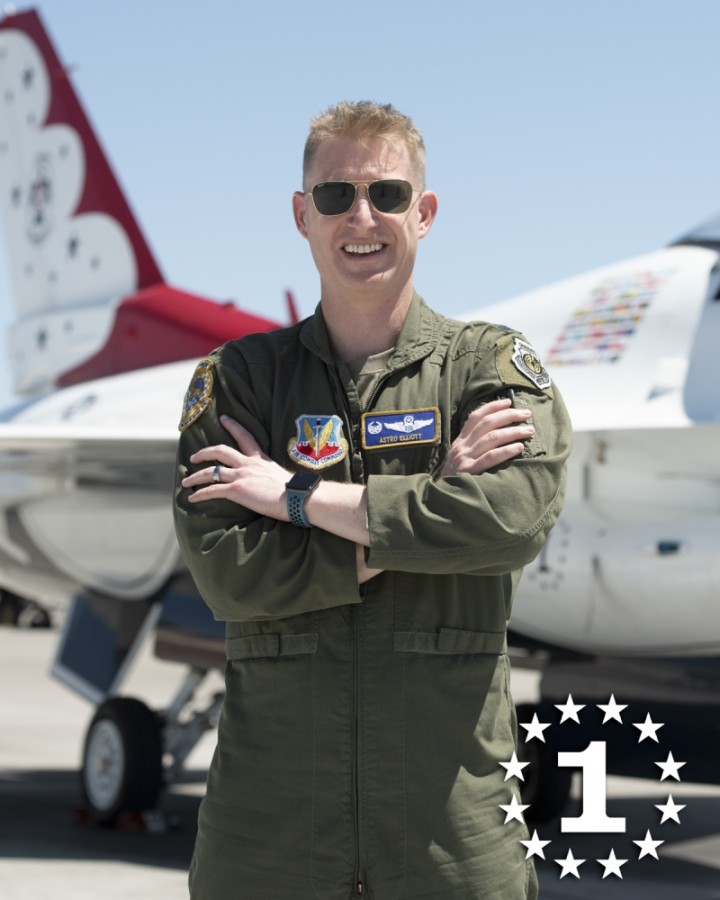 The commander of Air Combat Command, Gen. Mark D. Kelly, has chosen a Jersey Village native as the next commander to lead the U.S. Air Force Thunderbirds for the 2022-23 demonstration seasons, city officials said.

Lt. Col. Justin Elliott, commander of the 59th Test and Evaluation Squadron at Nellis Air Force Base in Nevada, will be Thunderbird 1, the squadron’s commander and lead pilot next year, according to a press release. Officials said Elliott will command a force of more than 120 enlisted personnel and 11 commissioned officers assigned to the team in addition to leading all of the demonstration flights.

Elliott commissioned from Yale University in 2005, became an F-15E pilot in 2007 and is a graduate of the U.S. Air Force Weapons School, according to the press release. He logged more than 2,000 hours of flight time and more than 255 hours of combat pilot experience.

"This is incredible news for the Thunderbirds, Team Nellis and the Air Force," Brig. Gen. Michael Drowley, 57th Wing commander, said in a statement. "I congratulate Lt. Col. Elliott on this huge accomplishment and have full confidence he will succeed in leading the Thunderbirds in their mission to recruit, retain and inspire around the globe."

It is our pleasure to announce our next Thunderbird commander, Thunderbird No. 1, for the 2022-2023 show seasons!

Lt. Col. Justin “Astro” Elliot, commander of the 59th Test and Evaluation Squadron at @NellisAFB, Nevada, will serve as the commander and leader of the Thunderbirds. pic.twitter.com/TvHh84bjmD