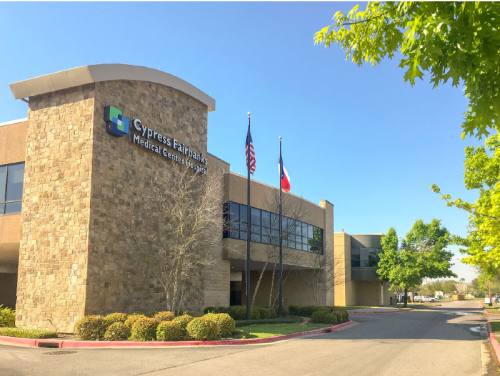 The hospital, located on Steepletop Drive in Cy-Fair, was purchased by HCA Houston Healthcare in 2017.n

After 35 years of serving the Cy-Fair community, the 181-bed hospital in the Cypress-Fairbanks Medical Center will transition to a free-standing emergency room April 18 and will no longer offer inpatient services.

Located at 10655 Steepletop Drive, Houston, it will offer 27 beds as an emergency room, HCA officials said.

The transition to an emergency room is being carried out following an evaluation of the area’s health care needs, said Sean Burnett, HCA’s vice president of strategic communications.

“With a strong health care presence in that area, we are making changes we believe will help us better serve the communities in the northwest region,” he said in a statement.

The transition comes with 586 job cuts or reassignments, which will go into effect beginning May 17, HCA officials said. About 400 of the 586 employees have accepted or have been offered jobs at other HCA hospitals in Houston and Corpus Christi, including 63 employees who accepted jobs at HCA Houston Healthcare North Cypress on Hwy. 290, North Cypress Hospital CEO Jim Brown said.

“The speed at which it happened is what caught us off-guard,” said Justin Reed, CFVFD’s assistant chief of EMS. “It is a massive shift for us. They took a large percentage of our patients, and so now we lose that.”

As an emergency room, the Cypress Fairbanks campus will serve as a campus of HCA Houston Healthcare Tomball, Burnett said. Services will include treatment for breathing issues, broken bones, severe burns, head injuries and seizures, among other issues.

The inpatient services previously offered at the Cypress Fairbanks hospital will be available at HCA North Cypress with the exception of labor and delivery services, Brown said.

Located at 21214 Hwy. 290, Cypress—roughly 3 miles away from the Cypress Fairbanks campus—the hospital was purchased by HCA in September and has completed several recent expansions, Brown said, including the addition of 24 critical care beds last fall and eight observation beds in March.

Additionally, one new operating room has opened, two more will open this summer and a new cardiac catheterization lab will open later this fall, Brown said.

“Those 24 beds, plus the operating room capacity, were critical in order for us to be able to absorb a significant portion of the volume seen at [the Cy-Fair campus],” he said.

Several services offered at the nearby Cypress Fairbanks Medical Plaza on FM 1960, including The Women’s Imaging Center at HCA Houston Cypress Fairbanks, will remain open. HCA will continue to maintain the rest of the medical center campus, officials said, but no plans have been released for what the additional space could be used for in the future.

HCA officials said the hospital’s transition is aligned with data showing what health care demand looks like in the Cy-Fair community and what services HCA was offering at its other hospitals.

James Langabeer, Ph.D., MBA, professor of management, policy and community health at UTHealth School of Public Health, said hospitals in general struggled with decreasing margins and increasing expenses in 2018, which has increased talk about closures across the industry. However, he said the HCA move could have had more to do with offering services more efficiently.

“They already have a facility not too far away in North Cypress, and they could have asked ‘Is there a way to move the patients and providers into that facility and get higher efficiency?’” he said.

Langabeer said he does not foresee any issues when it comes to meeting health care demand in Cy-Fair as a result of the transition due to the proximity of other hospitals in the area.

"If this were further up Hwy. 290 in the middle of Cypress and Austin in the very rural parts of Texas, it would have a high community impact," he said. "I think the community will be OK in terms of overall supply and overall demand."


Areas of greater concern might be seen at the individual patient level, Langabeer said, including what patients will need to do if their doctors relocate farther away or if another hospital does not accept their insurance.

Officials at other Cy-Fair area hospitals said they are monitoring increases in patients coming their way.

Mario Garner, president of the CHI St. Luke’s The Vintage Hospital, said he plans to add staff to match any projected increase in volume that may come from the Cy-Fair hospital’s closure.

“As we assess needs, we stand ready to partner with primary care physicians and specialists in the Cy-Fair community and also extend our current providers into those communities,” he said.

Keith Barber, CEO of Houston Methodist Willowbrook Hospital, said the hospital has already seen an increase in patient numbers and is adjusting staffing needs accordingly. He said the hospital is used to having to meet growing demand, and said there are not concerns about not having enough staff to keep up with an influx of new patients.

“We have grown at the rate of 7-9% per year, and that is just incredible growth,” he said. “We had a hiring event around a month ago and we literally had hundreds of people show up.”

Several expansions were already underway at the Willowbrook campus before the HCA transition was announced, Barber said. An expansion at the childbirth center will allow the hospital deliver up to 450 babies per month—up from 350 babies per month—and efforts are underway to add 36 hospital beds, which would bring the total bed count to 350 beds, he said.

“We’ve been very used to having to be in a continuous expansion mode,” Barber said. “Sometimes changes come quickly, but we pride ourselves on being able to adjust quickly.”

Between Cypress Creek EMS and the Cy-Fair Volunteer Fire Department, roughly 3,866 patients were delivered to the Cypress Fairbanks hospital in 2018 by EMS drivers, according to data tracked by both entities. However, data from Cypress Creek EMS—which covers North Houston, including the Cy-Fair area ZIP codes of 77429, 77070 and 77064—shows only about 4 percent of trips went to that hospital in 2018.

“The impact on our heart attack and stroke patients in minimal,” Assistant Executive Director Wren Nealy said. “There are several excellent hospitals within three to five miles of Cypress Fairbanks Medical Center.”

About 16% of trips made by CFVFD drivers went to the Cypress Fairbanks hospital in 2018, according to EMS data. The hospital’s transition could cause what Reed referred to as “surge” at other area hospitals.

He said EMS officials have been meeting with local hospitals since the announcement to plan how they can monitor the situation to make sure systems are not overwhelmed. The challenge, he said, is that all existing historical data is based on the Cypress Fairbanks Medical Center hospital being in operation.

“Right now we’ve got to be reactive, and we’ve got to play whack-a-mole because we really need significant data to drive significant change,” he said. “We don’t really want to take too much action right now.”

Reed said he does not expect an increase in response times because of the continued presence of emergency services at the Cypress Fairbanks campus and multiple other hospital-based emergency departments nearby. He said free-standing ERs help with "through-put"—meaning they help paramedics get patients to beds faster by providing a place to take patients with less serious needs.

An effort at the Cypress Fairbanks hospital to achieve a Level II Trauma Care facility designation was also called off last fall, and HCA officials have instead focused on efforts to provide Level II services at the Northwest Hospital in Spring. CFVFD officials played a close roll in helping the hospital along its path to becoming a Level II center, and the loss of the trauma services pose the greatest challenge moving forward, Reed said.

“We felt like [the trauma center] was an invaluable resource to have in our territory,” he said. “The [northwest hospital] is not a corridor that we can readily move patients down any faster than we could north to The Woodlands or south to the Medical Center, so [taking trauma patients there] is really a nonoption for us.”

The closure of the trauma center at the Cypress Fairbanks campus means paramedics now have to look elsewhere, including to Memorial Hermann Cypress Hospital and, for patients with more serious needs, the Texas Medical Center downtown, Reed said.

Although there are no plans to add trauma services at North Cypress, Brown said hospital officials are working to improve stroke care, oncology and cardiac services in 2020.

“For emergency needs, residents in the immediate area will still be able to seek services at [the Cypress Fairbanks campus],” he said. “As far as nonemergency care, capacity exists here at North Cypress.”