Down Syndrome Association of Houston provides for disabled citizens 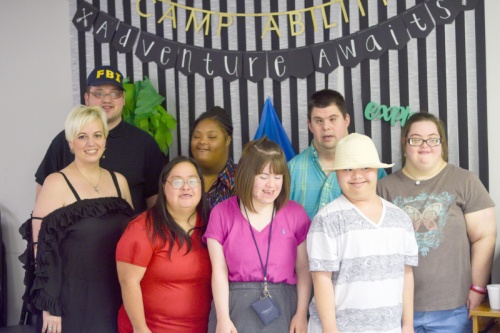 Mary Monrreal (left) joined Down Syndrome Association of Houston after learning her son had Down syndrome. Monrreal became executive director of DSAH in 2017.

For the past 44 years, the Down Syndrome Association of Houston has worked to help disabled members of the community in need.

DSAH was founded in 1974 to help individuals with Down syndrome by providing a variety of community and educational programs, Executive Director Mary Monrreal said.

“They can continue their education, they can have needs fulfilled for them that they might not be able to have outside,” she said. “We [work] with providers, case managers and different associations to get what they need.”

While still focused on Down syndrome, the organization can also help individuals with other disabilities, said Monrreal, who took over as executive director in 2017.

DSAH has programs for individuals of all ages—including weekly camps for children—and care can be customized for different levels of disability, Monrreal said. DSAH helps individuals throughout their lives or until they move on from the group, she said.

During the year, DSAH hosts performances around the community that allow members to dance and sing, and it provides field trips to various locations, such as a bowling alley or a Halloween dance party. The group also helps with speech therapy, potty training and behavior workshops.

DSAH also has a new baby basket program, which provides support to parents who recently gave birth to a baby with Down syndrome, including information on available services and a private forum for parents to meet and discuss their experiences with each other.

Monrreal said this program is important, due to a lack of information and stigma around Down syndrome.

“We let them vent, we let them talk and we’re like a support group,” she said. “That’s our goal—to help them not be so scared, not be so apprehensive.”

DSAH’s biggest fundraiser, The Buddy Walk, occurs once a year at the Sam Houston Race Park. Teams compete to raise the most money while walking around the track. Monrreal said The Buddy Walk is important for the organization’s funding and grows in attendance every year, she said. This year’s event will take place Oct. 20.

Although there are several organizations for the disabled, Monrreal said DSAH is important for Down syndrome individuals who need customized care.