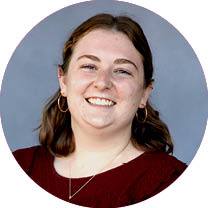 The new commissioners ran on campaign promises of integrity, transparency and accountability. According to their campaign website, their top priorities include advocating for taxpayers, supporting first responders, financial transparency and tax cuts.

MacKinnon is the chief operating officer of a neurological physician group. She expressed gratitude to the community that elected her into this new role and said her first act in the role will be to provide tax relief. As the wife of a first responder and former volunteer firefighter, she also noted mental health support would be a priority.

“My personal priority is to examine the benefits of the department to make sure they're adequately covered regarding mental health for both the responders and their families, as this has been a historically neglected benefit," she said. "The emotional well-being of our first responders is critical for their communities as well as their families, friends and colleagues. We look forward to understanding the relationships between volunteers and the paid force, and to bringing both sides of the department and the community together as one.”

Stertzel, a certified public accountant, said he is determined to fulfill the group’s campaign promise of financial transparency and accountability.

“I look forward to building on past achievements and planning for the future. My first order of business is to fully understand the operating and capital budgets as well as the ESD’s current financial position. My early goal is to bring relief to taxpayers in their property tax bills and other cost areas,” Stertzel said. “One source of complaint I regularly heard on the campaign trail was the cost of an ambulance ride. I heard amounts ranging from $1,800-$2,500 are being charged by the ESD. I’m troubled why people who live in the district and paid their taxes are being further charged on the rare occasion they actually need emergency services. I look forward to changing that policy as quickly as possible and seeing what more can be done to increase the homestead exemption used to calculate ESD property tax assessments. I’m confident the board will be able to provide relief in matters of taxation and fees.”

Paiva has a military background and experience in the corporate and consulting world and said he will put his passion for first responders and his community first during his time as a commissioner.

“Our goals are integrity, transparency and accountability in all aspects of the oversight, administration and operations of ESD 9, exactly the platform in which we ran on. First steps are to get introduced to everyone, build rapport and review the current business at hand,” Paiva said.

Results from the May 7 election are scheduled to be canvassed during a May 18 meeting. All results are unofficial until canvassed.