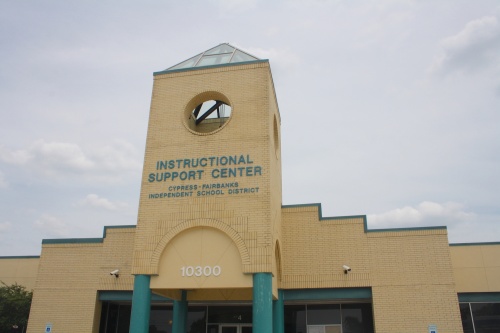 Cy-Fair ISD officials announced Oct. 16 that the district would be putting plans to pursue a District of Innovation status on hold until further notice. The board of trustees approved a resolution to initiate this process at its Sept. 9 meeting, and committee meetings were scheduled to take place later this month.

"After conducting further research on school start date and employee health insurance (the two items under consideration) the district has decided to halt the DOI process," Leslie Francis, assistant superintendent for communication and community relations, said in an email.

The Cy-Fair ISD board of trustees approved Sept. 9 a resolution to initiate the process of becoming a District of Innovation, which administration said would grant local control over certain stipulations laid out in the Texas Education Code.

Chief Academic Officer Linda Macias said with this designation—which could be official by the end of 2019—CFISD would have more flexibility when it comes to the school calendar, class sizes, student discipline and certain teacher benefits.

The District of Innovation program was established in the 84th Texas Legislature in 2015 under House Bill 1842. District officials said they are now interested in exploring options that might be available to them.

Superintendent Mark Henry said in addition to re-evaluating the school calendar, he was interested in the ability to pursue alternative health insurance options for district employees.

“There’s a couple of districts that have put some innovative provisions in about alternative insurance plans that you cannot do without this District of Innovation moniker,” he said at a Sept. 5 board work session. “So we’re going to investigate that because probably the biggest complaint I get [from employees] is our health insurance.”

Neighboring districts that have this designation include Katy, Tomball, Klein, Spring, Magnolia, Fort Bend and Conroe ISDs, among others. Districts are eligible for the program if they hold at least a C accountability rating, and CFISD has been rated a B-grade district for the past two years.

A board-appointed committee of about 25 parents, principals, teachers, students and board members will develop an innovation plan next month, which, according to the Texas Education Agency, may include innovative instructional methods and modifications to the school day or year.

The designation does not exempt school districts from meeting state requirements in district governance, curriculum, state assessment and accountability systems, school finance or federal requirements. While the TEA does not approve a district’s innovation plan, it may intervene if the district is not in compliance with legal requirements.

Once developed, the plan must be posted on the district’s website for at least 30 days, and the board will notify the TEA commissioner of its intent to adopt the plan. In December, the committee will hold a public meeting to consider and approve the final version of the plan, and the board must approve the plan with a two-thirds majority vote.

The designation term expires after five years, but a district may amend, renew or rescind its plan at any time, according to the TEA.

With more than 800 public school districts already named Districts of Innovation across the state, board member Julie Hinaman said she believes the designation will allow CFISD to benefit from exemptions already held by charter schools.