As tuition costs rise, officials are calling on state lawmakers to increase funding for the state’s signature college grant program.

Initial state budget proposals for the 2020-21 biennium appropriated the same amount of money to the program—known as the Towards EXcellence, Access and Success, or TEXAS, grant program—as they did for the 2018-19 biennium. However, officials with the Texas Higher Education Coordinating Board said more is needed to meet growing demand.

The Legislature dedicated $786.5 million for TEXAS grants in the 85th session, which was distributed to academically prepared students in need of financial assistance to attend public universities or medical institutions. That funding was enough to provide grants to about 70 percent of eligible students, said Raymund Paredes, who has served as the state’s commissioner of higher education since 2004 but plans to resign from the position effective Aug. 31.

The THECB has requested to increase funding by $112.6 million for the next biennium, which Paredes said would help the agency continue to support about 70 percent of eligible students. Nearly $33 million of that amount would increase the size of each award given annually, which has not been done since 2012.

“We do not have a shortage of low-income students who are performing at high levels,” Paredes said. “I feel very strongly that hard work ought to count for something in the admissions process, and these are students that do meet the more selective criteria.”

Paredes said he believes legislators did not initially approve the funding request because they wanted to have more conversations about ways to improve program efficiency. He said the final amount is typically close to what the THECB asks for, and he is confident that will be the case this session.

In 2017, more than 72,000 students were awarded an average of $5,000 through the program, which at the time only covered 45 percent of the average statewide tuition and fees. Universities must offer non-loan aid sources to make up the difference.

Paredes said if the full amount requested is not approved this session, officials could be forced to lower the amount of money students receive.

“We’d probably have to reduce the amount of the grant to each individual student, and we’d have to find other ways to cut corners to make sure the money stretches as far as possible,” he said.

With about 60 percent of K-12 students considered economically disadvantaged across the state, Paredes said the TEXAS Grant program is vital to the success of the state’s 60x30TX plan, which was established in 2015 with a goal to have 60 percent of young adults between the ages of 25-34 holding postsecondary credentials by 2030.

On top of financial needs, colleges and universities award TEXAS grants based on academic considerations, including courses taken in high school, grade point averages and other factors that compare students to their peers, Paredes said.

“When they can’t decide which student is more meritorious, they apply some metrics we created for them,” he said. “[We] give an advantage to the student who worked a little bit harder and consequently got a higher GPA or just stood out in the crowd.”

Paredes said this system has worked well because these students have a higher graduation rate than those who meet the minimum criteria.

Since the program was established, the THECB has proposed some adjustments to the program to make each dollar stretch further, Paredes said. One example is limiting students to 135 credit hours, he said.

“I think the state is doing everything it can to help poor kids go to college, and I think we’ll come to a reasonable number by the end of the session,” he said.

State Sen. Paul Bettencourt, R-Houston, said at a Feb. 12 Senate Committee on Finance meeting that the rising costs of earning postsecondary degrees would cause students to fall behind without financial aid.

He said strategies to cut costs could include encouraging students to earn Advanced Placement credit, ensuring dual-credit classes are transferable and keeping the time it takes to earn a degree minimal.

“We desperately need cost savings in higher education for the students,” he said. “The families and the students can’t pay that type of increase that’s way above inflation every year.” 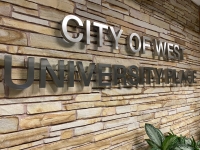 There are more donors participating across the city, and overall fundraising is 44% higher this year than the 2012 cycle.