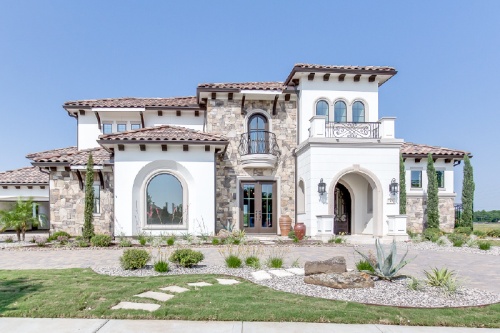 Although the Greater Houston area may be more affordable than most other U.S. metropolitan areas, Cy-Fair home prices are outpacing incomes, which creates affordability challenges for some residents, according to local experts.

While home values continue to rise, issues such as flooding, transportation and income stagnation exacerbate housing affordability in the area.

Janet Ryan, director of development with the nonprofit Cypress Assistance Ministries, said income levels go from one extreme to the other across Cy-Fair, a claim backed up by data from the U.S. Census Bureau.

The median home value increased by nearly 10 percent in these communities from 2011-16—faster than the median household income, which grew by 1.5 percent and 3.5 percent, respectively.

Part of CAM’s mission involves helping residents struggling to pay household bills. Ryan said CAM is getting an increasing number of requests for help from residents in the parts of Cy-Fair where incomes tend to be lower, such as ZIP code 77065—located near Hwy. 290 and FM 1960.

“Occasionally there’s generational poverty, but a lot of the time people are pretty OK financially until somebody gets sick, they lose a job, somebody gets divorced, a hurricane comes—and that just tips them over the edge,” she said. “If you’re living paycheck to paycheck, there’s just no way to recover without help.”

Leslie Martone, president of the Cy-Fair Houston Chamber of Commerce, said Houston is known for having a lower cost of living than other major metropolitan areas. For example, U.S. Census Bureau data reports the median home value in Harris County in 2016 was $145,600; meanwhile, the national median home value was $184,700.

Patrick Jankowski, vice president of research at the Greater Houston Partnership, said the rate at which home prices increase compared to the rate income grows plays a significant role in the affordability of the area’s housing market.

“If incomes are flat and housing continues to increase in price, it becomes less affordable,” Jankowski said. “If … they stay relatively within the same ratio, then we will be OK.”

ZIP codes 77040 and 77065, the southeast portion of Cy-Fair, have the greatest percentage of households living in poverty with 39 and 34 percent of families spending more than 30 percent of their incomes on housing costs each month.

Housing prices are also outpacing incomes in newer parts of Cy-Fair like ZIP code 77433. However, developers of master-planned communities like Bridgeland said rising prices have not proven to be a deterrent for people looking to move to this area.

Bridgeland, which plans to build roughly 17,000 new homes in Cy-Fair through 2037, tries to cater to a variety of homebuyers, Director of Residential Marketing Lona Shipp said.

While home prices in Bridgeland start at around $230,000, officials announced this summer a new gated community called Sheldon Lake, which will feature 24 custom homes starting at $800,000, with many exceeding $1 million.

“The higher-end product was really something that we hadn’t had in the community for a while,” Shipp said. “We know a lot of our current Bridgeland residents have advanced in life stage and are ready to move up to a higher-end home.”

Despite widespread damage during Hurricane Harvey—during which about 11,000 homes flooded in Harris County Precinct 4 alone—home prices in the region have continued to rise, experts said.

“The impact of hurricanes has had historically little impact on pricing,” said James Gaines, chief economist for the Real Estate Center of Texas A&M University. “The impact was quick, and [prices] bounced back very quickly.”

Harvey exacerbated affordability issues for some residents in the last year, presenting them with new challenges after cars and homes were damaged by floodwaters, Ryan said.

CAM has seen a 37 percent increase year over year in individuals and families seeking financial assistance—much of which Ryan attributes to Harvey.

“Rent has gone up because it’s all supply and demand,” she said. “People who were displaced by the storm had to find new places. It’s more expensive now, so lost wages plus the higher cost of living has sent us more traffic.”

While some neighborhoods in the Houston area have recorded fewer sales since Harvey, home prices have not decreased overall, according to local data.

“We are in the cycle that has been consistent over the past events, that we are seeing the initial drop in value that occurred within three to four months after Harvey,” he said. “We are seeing a gradual increase in average values because we’re seeing homes that have been remodeled.”

Because home values in the Greater Houston area are more affordable than other U.S. metros, housing prices alone do not accurately represent the affordability challenges facing residents, said Brett Perlman, CEO of the Center for Houston’s Future—a nonprofit that focuses on social, environmental and economic issues confronting the Greater Houston area.

“While our housing tends to be relatively affordable … when you include transportation, you get a slightly different picture,” he said.

A report from the U.S. Bureau of Labor Statistics found the average Houston area household spent 21 percent of income on transportation expenses, compared to 16.4 percent of the average household income nationwide in 2015-16.

Perlman said two of the factors that contribute to the higher transportation costs are Houston’s size and the limited public transportation options available.

Although higher home prices and transportation costs affect all Cy-Fair residents, vulnerable populations are even more burdened by these challenges, Perlman said. For example, those who earn lower incomes tend to spend more of their earnings on housing.

Diana Saufley, a Cypress-area Realtor with Keller Williams Realty Platinum, said many people who reach out to her are looking for rental rates that are increasingly hard to find in Cy-Fair.

“I get a large number of calls from people looking for rentals in the $900 range,” she said. “If they’re looking for a home it’s not impossible, but the truth is apartments are outpacing that now, too.”

The difference between earning minimum wage and a livable wage can be significant, according to the Economic Policy Institute’s online family budget calculator tool, which outlines the costs associated with a “modest but adequate standard of living,” EPI research assistant Zane Mokhiber said.

According to the tool, a two-parent, two-child family in Harris County needs to be able to spend $73,020 a year on living expenses to meet the standard of living defined by EPI. The national poverty line for a family of the same size is $25,100.

Ryan said people who have a certain level of education and opportunity can afford homes in Cy-Fair, but the area could have more options for those who fall short of that mark. In the meantime, she said she believes businesses, nonprofits and churches have done an admirable job helping fill the gaps for those who are struggling to make ends meet.

“Businesses just trying to help their neighbor—there are ways to do it where nobody takes a hit,” Ryan said. “I think there are many people, churches, businesses and organizations that work hard to make this a good place for everyone to live.”