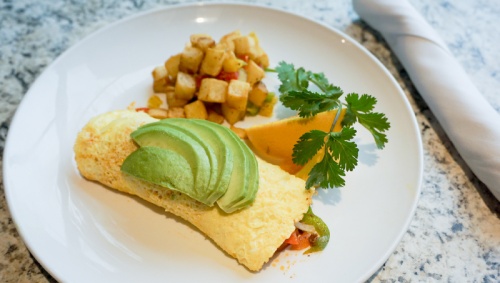 David, who was raised on a farm in El Salvador, first moved to the U.S. in 1979 and got a job at Houston’s El Torito restaurant. In the 1980s, he was a waiter captain for Tony Vallone, a renowned Houston chef and restaurateur. At home he would try to prepare some of the restaurant dishes for his wife Alicia and their sons Ubaldo, Marvin and Dario.

“Alicia and I never dreamed that we as farmers would one day be restaurant owners,” David said.

Fast-forward to April 2017, and David and his family broke ground on their seventh restaurant—Galiana’s, located off Hwy. 290 near Barker Cypress Road. The restaurant was named in honor of two of David’s granddaughters Gabriella and Aliana, and all of the Herrera family help keep it running.

“We’d like to offer our beloved Alicia’s margaritas here one day,” Dario said.

David said he is still making adjustments to Galiana’s, including plans to add drive-thru service. He said he’s also looking into extending the hours.

“We’d like to extend our business hours to 9 p.m.,” he said. “I’d love to bring it to The Woodlands or Cinco Ranch in Katy, other places where people love to go have breakfast.”

Instead of outsourcing from bakeries, the Herrera family decided to establish Galiana’s as the dessert source for its other restaurants, David said, including Alicia’s Mexican Grill, Marvino’s Italian Kitchen and Dario’s Steakhouse & Seafood.

Since opening Alicia’s in Cypress in 2006, Dario said he has enjoyed serving the local community.