Although the first location of Maine-ly Sandwiches opened in Houston’s inner loop, the shop’s owners said they originally wanted to open in Cy-Fair, where both taught at Cy-Fair ISD. Five years later, after building a significant customer following, the Cy-Fair location is finally open for business.

The Charitys opened their first restaurant in 2012 to bring the taste of Maine food to Texas said Melvin, who goes by Buddy and grew up in Maine. The couple met in the military and moved south to teach, eventually landing in CFISD.

“When we were teaching for 20 years, every summer we were back in Maine,” Buddy said. “We would have to wait 50 weeks until we could go back [up] there and have the same cuisine again.”

The shop has attracted a lot of regulars who were born in the New England area, Buddy said.

“In Cypress alone, there’s hundreds of people who were born and raised in New England,” he said.

Many of the Charity family’s friends from their teaching days were making the trek from Cy-Fair to Houston to eat at the original restaurant. Word of the New England lobster roll—a popular sandwich made with butter-toasted bread, fresh Maine lobster, mayonnaise and pepper—spread across the city, he said.

While the lobster roll is a popular choice, Buddy said the Maine-style Italian deli sandwich—a sub sandwich on a 12-inch white bread roll with either ham or turkey and a variety of vegetables and olive oil—is his personal favorite, as well as the favorite of many of his longtime customers. He said some customers will buy several sandwiches and save them for later as a reminder of Maine.

“We have bread—replicated just like Maine from a bakery in Stafford, Texas—shipped in daily that doubles as our lobster roll bread,” he said. “The lobster roll put us on the map, but when people come in from Maine, they freak out about the Italian sandwiches.”

Buddy said he is looking to keeping the franchise authentic and true to the recipes.

“We’ve inspired a lot of people to go up to New England and Maine, specifically,” he said. “We had a lady come into [another location] and say, ‘Buddy, I went up to Maine and I had lobster rolls from everywhere, but I think I like yours the best.’” 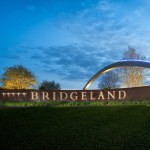