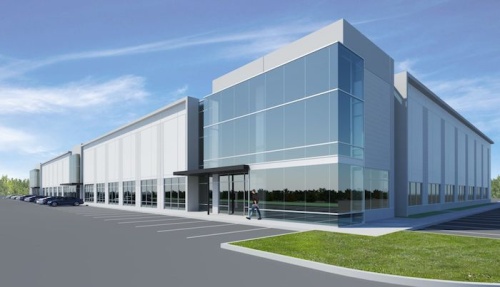 The Cy-Fair area has seen projects launched or announced by several major logistics companies, including FedEx Corp., Amazon and Home Depot, over the past three years.

Over that same time period, industrial developers have targeted northwest Houston for new projects big and small, adding even more space to what was already the largest industrial submarket in the Houston area, according to experts with the commercial real estate firm NAI Partners. Spurred largely by logistics projects, the northwest Houston area brought in 4.4 million square feet of industrial space over the past year, second most of all Houston submarkets, according to NAI data.

Researchers with NAI attributed the trend to several key road projects: the completion of the northwest corner of the Grand Parkway and the ongoing expansion of Hwy. 290.

Several developers who announced projects in 2019 cited work on Hwy. 290 as a major boon to the area, including Jeremy Garner, a principal with Trammell Crow Company, which acquired land in September for an industrial park on Hwy. 290 near Telge Road.

“What’s particularly interesting about this site is its location right off of Hwy. 290, which has been transformed from arguably the worst freeway in the area to one of the best,” he said. “[Hwy.] 290 ... provides outstanding connectivity between northwest Houston and the Greater Houston area.”

The $2.5 billion Hwy. 290 project—which involves widening the highway between Loop 610 in Houston and the Waller County line—is expected to be completed by the end of the year, but officials with the Texas Department of Transportation said several pieces are already open in their final forms.

Auggie Campbell, the president of the West Houston Association, which works to promote business interests in the west Houston area, said good mobility is especially important to companies in the logistics industry, which involves the storing and transportation of products. However, he said a number of factors play into the northwest market’s popularity.

“These decisions by these companies are relatively complex, but whenever they can find a convergence of, it’s good for the company, good for employees and good for the communities—they are going to look into that space,” Campbell said.

The completion of those projects attracted the attention of at least two companies that were seeking large tracts of land for new facilities, Campbell said.

Both projects opened in 2017, bringing thousands of new jobs to the area. Michelle Jack—vice president of general affairs with Goodman Global Group, a member of Daikin Group—said the plant has helped accelerate Daikin's goal of being recognized as the No. 1 manufacturer in the U.S.

"When the facility opened employees could readily find a nearby parking spot.  Today the parking lots are full.  The number of assembly lines has increased since the opening of the facility," she said in an email. "The facility is one of the largest in the industry, and we planned for future expansion."


Several parts of Cy-Fair have proven to be hotbeds of industrial activity as well.

Over the past year, at least four developers have announced plans to build industrial projects along Hwy. 290 in the area where Trammell Crow Company recently purchased land, including Ridgeline Property Group and Archway Properties, which announced a joint project in August to built a 208,000-square-foot logistics center.

“As Class A industrial continues to push out further and further west, we were excited to find this infill site in the burgeoning northwest market,” Ben Allen, partner at Archway Properties, said in a statement.

The developer Hines announced plans for the 106-acre Grand National Business Park in 2018, and Home Depot signed a 770,000-square-foot lease at the site in February where the company will house a new distribution facility. Officials with Home Depot said the location was strategically chosen based on company efforts to improve shipping speeds.

“This is part of our investment strategy we announced over a year ago to speed up delivery to customers and stores, eventually reaching 90% of our customers with same day/next day delivery,” spokesperson Margaret Smith said in an email.

Good for the community

Aside from transportation improvements, a variety of factors make the northwest Houston area attractive to industrial developers and tenants, Campbell said, including quality schools and access to the workforce in an area where growth has been rapid.

“When these companies are making that kind of investment, it means they see long-term growth potential in our region,” Campbell said. “They are looking to not only stay, but expand.”

He said he believes the relocation of a major company such as Daikin to an area has benefits on the community itself. It provides shorter commutes for workers who live in Cy-Fair and takes more people out of rush-hour traffic, he said.

New facilities also often come with new jobs. The Daikin plant opened with plans to maintain a headcount of about 5,000 employees at the site, and the new FedEx distribution hub was expected to create 400 jobs. Campbell said the types of manufacturing and logistics jobs these companies create are often well paid.

“With the market for labor being relatively tight and looking like it’s going to remain so, those jobs will continue to pay well for years,” Campbell said.

“It will enhance the incredible speed and access to customers and markets that Houston companies already enjoy,” he said.

One of the chief indicators for how strong the industrial market is in any given area is referred to as its absorption rate—the difference between how much new industrial space is leased and how much new space is added to the market from construction—according to NAI.

From 2013-18, the northwest Houston submarket has seen positive absorption in all but two quarters. However, absorption rates were negative in both the first and second quarter of 2019, according to NAI research. Over that time, vacancy rates have risen from 5.9% to 7.5%, giving northwest Houston the highest vacancy rate of all Houston submarkets in the second quarter of 2019.

Data from CoStar compiled by the development firm Caldwell Companies targeting the Cy-Fair area specifically found the industrial vacancy rate to be over 11% as of Sept. 5. The overall vacancy rate in Houston is 6.3%, according to NAI.

Even with another 2.2 million square feet of industrial space under construction as of September, this trend is not necessarily an indicator the northwest submarket has been overbuilt, NAI researchers said in a 2019 industrial market report, noting distribution centers in northwest Houston can also serve the Austin and San Antonio markets.

Campbell said the trick to sustaining the growth in Cy-Fair will be keeping the amenities strong that drew companies here in the first place.

“The challenge is going to be making sure you have schools and different services in the area to really keep up,” he said. “You’ve seen investments by Cy-Fair ISD and Waller ISD to try to keep up. They’re going to have to continue to invest to make sure they can meet demand.”