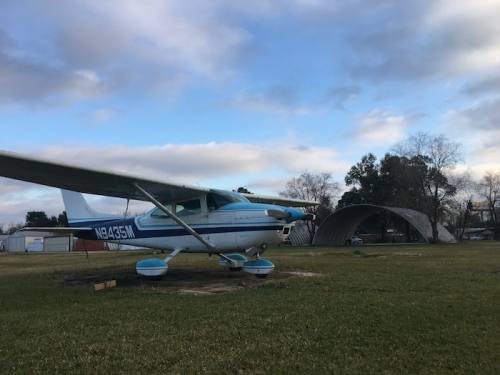 The privately owned Weiser Airpark has operated on Hwy. 290 in Cypress for decades.

A deal was finalized in early September that will see the tract of land housing the Weiser Airpark changing hands to a development company that has plans to build an industrial park at the site.

The land tract near Huffmeister Road and Hwy. 290 first went up for sale last November. Wendy Cline, the Realtor who represented the seller in the transaction, did not disclose the final sale price, but said it was above the list price of $24 million.

The land was purchased by Trammell Crow Company, a commercial real estate development and investment firm headquartered in Dallas and with multiple projects throughout Houston. Reed Vestal, Taylor Schmidt and John Erck with Lee & Associates represented Trammell Crow in the transaction.

"What’s particularly interesting about this site is its location right off of Hwy. 290, which has been transformed from arguably the worst freeway in the area, to one of the best," Garner said in an email. "[Hwy.] 290 has been completely rebuilt over the past several years and now provides outstanding connectivity between northwest Houston and the Greater Houston area."

Brothers Cecil and Robert Weiser first purchased the land where the Weiser Airpark is location in 1951. The brothers renamed the strip Weiser Airpark—changing it from its former name, F.H. Jackson Airport—in 1963, according to the Weiser website.

The site will remain in use as an airpark through Dec. 4, or 91 days after the sale, Cline said.

Cline said the Weiser family felt Trammell Crow's vision for the land was the best fit for the area. She said the family will maintain ownership of the tract of land east of the airpark on the other side of Huffmeister Road, where the family farm is located.

"The family is staying in the area," she said. "We’ve been asked and asked but they are not selling."

This story was updated Sept. 16 with information on the commercial real estate firm representing the buyer in the transaction.