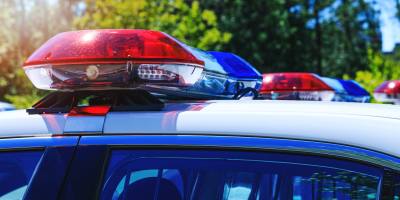 Ten-year Harris County Sheriff’s Office Deputy Sandeep Dhaliwal was shot while conducting a traffic stop near the West Road and Hwy. 6 intersection in Cy-Fair on Friday, Sept. 27. He died later that afternoon at Memorial Hermann Hospital, according to the sheriff’s office.

“Throughout his life, Deputy Dhaliwal's service stretched far beyond his work on patrol,” Harris County Judge Lina Hidalgo said in a statement. “He contributed meaningful support in our county after Hurricane Harvey by mobilizing support and resources for survivors. He also helped redefine what it means to be an officer in the most diverse county in America.”

A member of the Sikh community, Dhaliwal was the first Harris County Sheriff’s deputy to wear articles of religion while on duty, she said.

Funeral services are planned for Wednesday, Oct. 2, at the Berry Center, 8877 Barker Cypress Road, Cypress, and are open to the public, space permitting. A Sikh religious ceremony will start at 10:30 a.m., followed by a law enforcement ceremony at 11:30 a.m.


Local officials shared their condolences on social media over the weekend:

I’m sad to share with you that we’ve lost one of our own. Our @HCSOTexas was unable to recover from his injuries. There are no words to convey our sadness. Please keep his family and our agency in your prayers. #HouNews

Deputy Sandeep Dhaliwal beamed with pride when then-Sheriff @AdrianGarciaHTX announced he could wear his Sikh turbin and a beard while on duty. #hounews pic.twitter.com/BN3wnqYoCP

May Deputy Sandeep Dhaliwal rest in peace. He was a dedicated father, sheriff’s deputy & member of the Sikh community. He represented Houston’s best and bravest. Our prayers go out to his friends and family, and the team at ⁦@HCSOTexas⁩. #NeverForget https://t.co/diiLTzXplq

I requested, and have received approval to lower flags to half-staff to honor the life and service of Deputy Dhaliwal. Thank you @GovAbbott for quickly approving this request. pic.twitter.com/qpc7hH8x6e

Our community lost a true servant in Deputy Sandeep Dhaliwal. Let’s pray for his wife and three children. pic.twitter.com/rd5cX7bLup

I requested, and have received approval to lower flags to half-staff to honor the life and service of Deputy Dhaliwal. Thank you @GovAbbott for quickly approving this request. pic.twitter.com/qpc7hH8x6e

The @HoustonTexans will honor @HCSOTexas Sandeep Dhaliwal with a Moment of Silence prior to Sunday’s game at NRG stadium. Our thoughts are with his family, friends and fellow officers. https://t.co/P1o8d4KkUy

Community-led candlelight vigil was held tonight in honor of @HCSO_D5Patrol Deputy Dhaliwal. Please continue to keep his family & his @HCSOTexas family in your thoughts & prayers. Deputy Dhaliwal was LOVED by this community. #HouNews pic.twitter.com/oD7M78RXxm

The killing of Harris Co Deputy Sandeep Dhaliwal is especially saddening. A groundbreaking member of law enforcement who patrolled while wearing the outward signs of his Sikh faith, put his religion's imperative of selfless service on display for all to see.

A grateful community remembers fallen @HCSOTexas Deputy Dhaliwal. This makeshift memorial is growing as a steady flow of people have come from throughout the community to show their support. Deputy Dhaliwal loved serving this community and they loved him back.#HouNews #lesm pic.twitter.com/xRScPSuiPT

A Harris County resident sent us a video of fallen Deputy Sandeep Dhaliwal.

“He laughed and joked with all of us, and left a bright impression on my son who is deaf,” she said.

Deputy Dhaliwal is an incredible loss not only to our HCSO family but to the entire community. pic.twitter.com/EbsdFeeWXO

Motorists should expect delays and may want to consider an alternate route than that stretch of I-69.