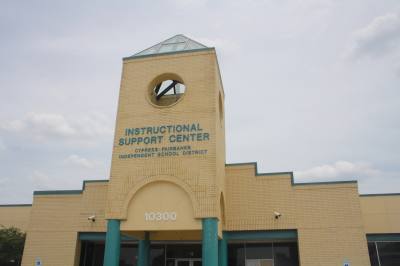 Unofficial results from the Harris County Clerk’s Office show 70.4% of voters cast ballots to approve the bond, while 29.6% voted against the plan.

“Cypress-Fairbanks community members continue to be vocal in supporting public education for their children and today, they spoke at the polls,” Superintendent Mark Henry said in a statement Saturday night. “I want to give a heartfelt thank you to the long-range planning committee that spent dozens of hours planning for the district’s future; and district staff and community members who led and facilitated public bond presentations. Our community’s commitment to a quality public education was evident with the approval of this bond, which will impact all CFISD students for years to come.”

With early voting results in, the Harris County Clerk’s Office is reporting 73.5% of early voters have approved Cy-Fair ISD’s proposed $1.76 billion bond referendum, and 26.5% have voted against the plan. All results are unofficial until canvassed.

The district’s largest bond package to date includes several new projects to meet district needs through 2025, when the Population and Survey Analysts demographics firm projects student enrollment to reach 120,000, according to a 2018 report.

Major new construction projects that would be funded by the bond include Elementary School No. 59, Middle School No. 20, a districtwide performing arts center and a new Instructional Support Center. Here is how the total bond package breaks down:

CFISD officials are projecting a successful bond election would result in an incremental tax rate increase over time.

Chief Financial Officer Stuart Snow previously said he is conservatively anticipating the debt service tax rate to remain at $0.40 per valuation until 2021, when it would begin to rise $0.006 each year until it reaches a total increase of $0.03 in 2025. This would ultimately amount to about a $52.50 increase on a home appraised at $250,000, assuming the homeowner files for homestead exemptions. Homeowners over the age of 65 who have additional exemptions would not be affected by the increase.

The 2014 bond referendum called for a similar increase, but the district ended up not needing to raise taxes. The debt service tax rate was projected to be $0.045 per $100 valuation by 2018, but the board ended up lowering the rate by $0.01 in 2014, and it has remained constant since.

For more information about how the proposed bond would affect Cy-Fair residents, visit www.cfisd.net/bond.
SHARE THIS STORY

Spring ISD Chief Financial Officer Ann Westbrooks said the 2% salary increase will be recurring and based on the control point, or the midpoint salary, of each position.

The theater will celebrate its opening by offering $3 movies until June 23.

Children age 12 and older are now eligible for the Pfizer vaccine.