See what Cy-Fair area flood projects would be funded by the $2.5B bond 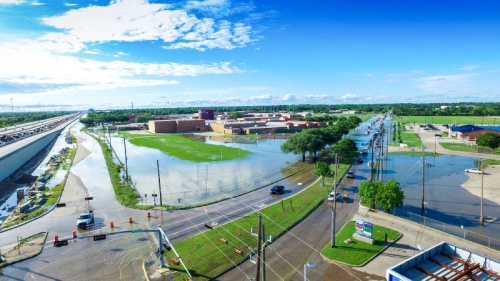 After weeks of gathering public feedback, officials with Harris County released the final list of projects in August proposed to be funded through a $2.5 billion bond referendum to mitigate flooding across the county.

Officials initially released a draft list in late June, but continued to make adjustments throughout July based on feedback gathered online and at a series of 23 community engagement meetings. The final list was released Aug. 6.

A total of 38 projects were added to the list as a direct result of the community feedback, according to county documents. Russ Poppe, executive director of the Harris County Flood Control District, said the county also hosted meetings upon request with various civic groups and homeowner associations.

“We’ve tried to accommodate as many of those as we can,” he said at a July 31 commissioners court meeting. “[There are] around 4,000 individuals that we’ve visited with in some form or fashion as a part of all these meetings we’ve conducted.”

New projects include the addition of $60 million for major maintenance along Cypress Creek and its tributaries, $400,000 to conduct and update to a 2003 tributary study by the Texas Water Development Board and $100,000 to investigate how to add additional volume to a detention basin in Cypress Park near North Eldridge Parkway.

Community feedback in White Oak Bayou resulted in the addition of $1.5 million for a partnership project with the city of Jersey Village to reduce flooding along a tributary that runs between Delozier and Wall streets. Under the proposal, the county and the city would each contribute $1.5 million to the project.

The bond would increase HCFCD’s annual budget from $120 million to around $500 million if passed, Director of Operations Matt Zeve said. About $868 million of the bond money would be used to obtain an estimated $2.4 billion in grant funding, he said.

“This only holds true if all of our applications are approved,” Zeve said.

If passed, officials with the budget office estimate the average Harris County homeowner of a $200,000 home would see about a $5 annual increase to the property taxes they pay to HCFCD beginning in 2020.

See a list of details and notable projects related to each of the Cy-Fair area’s four watersheds: