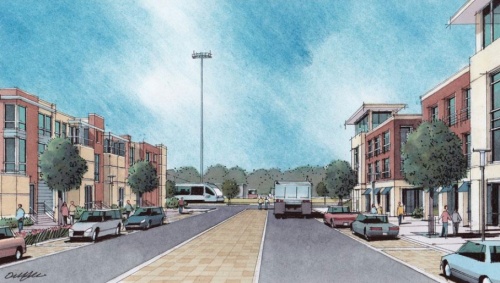 Jersey Village City Council is set to discuss plans next Monday to acquire 23 acres of land in an effort to advance development within the future Jersey Village Crossing area.

A special session has been called for 6 p.m. Aug. 6, where a discussion will take place in executive session regarding the use of $5.25 million in city reserves to purchase the land, located on both sides of Jones Road south of Hwy. 290. After the executive session, the council will reconvene in open session to discuss whether any action will be taken.

Council Member Bobby Warren said he supports the purchase, arguing that it will help the city market the land to developers. Although he said was not able to go into details on talks with potential developers, he said there are indications the city purchasing the land would help move things forward. The city does not intend to maintain ownership of the land for the long term, he said.

"Based on the discussions that have taken place, I feel the purchase of the property will lead to development sooner or later—probably sooner," he said. "Having all those pieces in place will allow us to be an even stronger attraction to development and ultimately get us where we need to be in terms of having developers commit."

If approved, the land would be purchased from Jones Road Holding Ltd. and Jones Road Project Ltd. The two entities have been in an ongoing legal dispute with the city since 2015 over zoning ordinances, but this agreement would settle those disputes.

Warren said he does not believe the purchase would jeopardize the city's financial situation. The city projects to have roughly $10.2 million in general fund reserves at the end of the 2017-18 fiscal year.

"We have an extremely healthy general fund balance," he said. "We, as a city, have a policy to maintain 150 days’ worth of operating reserve, which is higher than the recommended 90 days ... This purchase will not in any way affect that 150-day reserve. It is also one where I anticipate we will not be holding onto that land very long."

The following map provides a rough picture of the tract of land Jersey Village will consider purchasing.