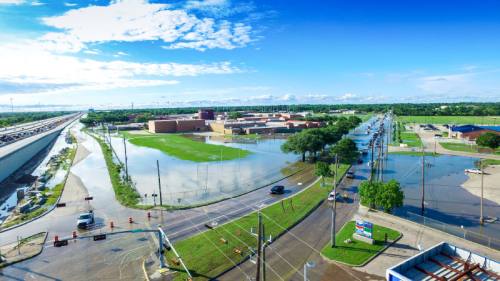 With two meetings left to gather public feedback on an upcoming flood control bond referendum, Harris County officials said they hope to have a final list of projects by the end of the week.

Poppe said officials have hosted 21 community engagement meetings so far with the aim of educating the public on what flood control projects are being considered and gathering feedback on what could be added or changed. He said officials have participated in about 30 additional meetings at the request of various civic groups and homeowners associations.

"We've tried to accommodate as many of those as we can," he said. "[There are] around 4,000 individuals that we've visited with in some form or fashion as a part of all these meetings we've conducted."

Poppe said HCFCD has received about 2,200 comments from the meetings and district website so far, which have resulted in the addition of 33 projects to the bond program. Comments have largely focused on six themes, he said:


Specific new projects include the investigation of potential detention sites around Stuebner Airline Road and a partnership project with the city of Jersey Village on drainage improvements. New projects are denoted on this map with a light purple star.

After the final two meetings take place, Poppe said HCFCD will continue to evaluate comments that are received throughout the week with the goal of finalizing the list by the end of the day Friday, or no later than Monday of next week. The list will not be officially submitted to commissioners court until the Aug. 14 meeting.

Early voting for the bond referendum is set to begin Aug. 8, and Election Day is set for Aug. 25. Residents can continue to submit feedback for each watershed online this week.

In other news from this morning's meeting, commissioners advanced several flood control projects that are already in the works:


Commissioners also discussed plans for early voting for the Aug. 25 bond referendum. Officials with the Harris County Clerk's office said they plan to operate only 25 polling locations during the first weekend of early voting— Aug. 11-12—with one in each of the 24 state representative districts and one downtown.

All 45 early voting locations will be open for the second weekend, Aug. 18-19. Officials said they believe the bond election marks the first time early voting in Harris County has extended across two full weekends, which led them to re-evaluate plans.

All 45 early voting locations will be available on weekdays during early voting, which runs through Aug. 21. Roughly 700 polling locations are expected to be in operation on Election Day, Aug. 25.

With about 20 locations confirmed as of Tuesday morning, officials said they plan to release a list of polling locations for the first weekend of early voting on www.harrisvotes.com after the last few agreements are finalized.