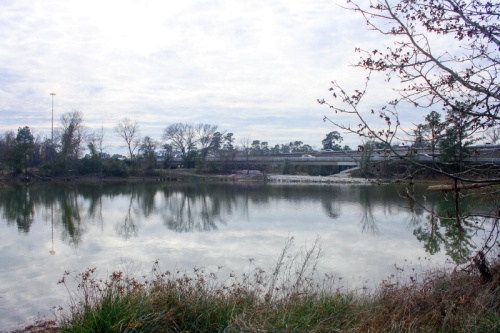 After three consecutive years of disastrous flooding in Harris County, officials are heading into 2018 with a plan to secure funding for projects that can potentially bolster the region’s defenses against future catastrophic floods.

More than 3,600 homes in unincorporated Harris County—representing 6 percent of all homes—flooded during Hurricane Harvey in August, Harris County Engineer John Blount said. Two-thirds of those buildings were located outside of flood plains, leading the county to approve more restrictive guidelines for new development starting Jan. 1.

As Congress continues to try to hammer out a bill to provide relief funding to hurricane-ravaged communities in Texas, Florida and Puerto Rico, Harris County officials are looking into ways they can tackle flood mitigation.

Harris County Judge Ed Emmett said a bond referendum for at least $1 billion is needed in 2018 to begin addressing the region’s immediate needs, which include a massive home buyout program, improved water conveyance along area bayous and working with the U.S. Army Corps of Engineers to build a third Houston-area reservoir along Cypress Creek.

“I believe voters will approve a bond, but they are going to want to know exactly where the money is going,” Emmett said.

Emmett said he anticipates the county placing a bond referendum on the May or November ballot, but the county first needs to see how much funding the state and federal government will provide the county for flood mitigation projects. After that is determined, county commissioners will create a list of projects and attach a price to the bond, he said.

Emmett said the largest share of the bond would go toward home buyouts. Passing the referendum would raise property tax rates, but Emmett said the county will not know by how much until the bond amount is determined.

Precinct 4 Commissioner Jack Cagle estimated about $850 million is needed just for home buyouts in Harris County, including a significant number of homes along Cypress Creek in Precinct 4, which includes the Cy-Fair area.

The Harris County Flood Control District would receive the majority of funding from the bond package, but some funding could also be allotted directly to the county commissioners, Emmett said.

HCFCD Director of Operations Matthew Zeve said the district is already planning how to deploy funds across the county if a referendum is successful. The buyouts would allow the county to create new areas where floodwaters can be collected and directed away from inhabited areas, Zeve said.

Since Hurricane Harvey, 3,680 people have volunteered to have their homes purchased by HCFCD, Zeve said. A total of 829 of those homes are located in previously identified buyout areas. Those purchases would cost $166 million and would head the agency’s wish list for projects to begin immediately, he said.

“Land doesn’t get cheaper; it only gets more expensive, and they don’t make any more of it,” Zeve said.

HCFCD is focusing on projects that can be designed and constructed within five to six years in addition to buyouts, he said. Other potential uses for bond money include $12.5 million to acquire property to support the Cypress Creek Greenway Project and $25 million for countywide land preservation in flood plain areas.

“We want to show people in Harris County that their money is going to something they can see,” Zeve said.

Whether a bond referendum passes this year, Cagle said he would like to see the state’s Rainy Day Fund used to help fund mitigation projects in Harris County since the region produces about a quarter of the state’s sales tax revenue and houses a fifth of its population.

“I’m not asking that we get all of it, but since our region is the goose that’s laying the golden eggs, it would be really nice if the state would allow us to have 25 percent of the Rainy Day Fund,” Cagle said.

Meanwhile, the U.S. House approved $81 billion in disaster relief in December to be split between Texas, Florida and Puerto Rico as well as states that suffered wildfires in 2017. It is unclear how much of that money would go to the Greater Houston area, and the bill still has to be approved by the Senate and signed by President Donald Trump.

One of the larger projects that could potentially be included in a local bond is a third Greater Houston area reservoir for Cypress Creek that would work in conjunction with Addicks and Barker reservoirs. Emmett said ideally the reservoir would be funded by the federal government, developed by the U.S. Army Corps of Engineers and cost-shared with the county, but it could also potentially be fully funded by the county through a bond.

State Sen. Paul Bettencourt, R-Houston, said the third reservoir is a top priority for the senators in affected areas, and while an exact dollar amount has not been secured, there is “no question” tapping into the state’s Rainy Day Fund will be necessary.

“This was the No. 1 item on our list we turned in to [Lt. Gov. Dan Patrick] for interim charges between now and the next [legislative] session,” Bettencourt said.

Other projects that could be paid for through the bond include improvements at various creeks and bayous throughout the county, including Cypress Creek. Several neighborhoods along Cypress Creek in Cy-Fair have experienced repeated flooding in recent years, including Stablegate, Ravensway and Lakewood Forest.

Depending on its location and how it is controlled, a third reservoir could help flooding along Cypress Creek, said Dick Smith, president of the Cypress Creek Flood Control Coalition—a nonprofit that works toward flood mitigation alongside government officials and private entities.

However, Smith said the reservoir alone is not sufficient. The creek also needs improved conveyance, and the county should ensure future development does not adversely affect the situation, he said.

Cagle said he would like to see funding to continue preserving green space along Cypress Creek before the land can be developed. Jim Robertson, chairman of the Cypress Creek Greenway Project—a sector of the CCFCC that focuses on preserving a natural corridor along the creek—said preserved greenways along the creek functioned as they were intended to when they flooded during Harvey.

“I think this event—as well as others—have demonstrated that there are some areas adjacent to Cypress Creek that should not be developed,” Robertson said. “Preserving that [green space] provides a place for water to go.”

A successful May or November bond referendum will not begin to provide funds for flood mitigation for many months. However, Harris County Commissioners Court approved a new set of development standards in December designed to reduce the likelihood that newly built structures will flood. The rules went into effect Jan. 1.

According to the new guidelines, developers in areas designated as 100-year flood plains will have to build at 2 feet above the level required in a 500-year flood plain. These new regulations may increase the costs of development, as building plans will need to be engineered to a higher standard, Zeve said.

Historically, developers have paved over and built up the areas around much of Houston’s wetlands, said Erin Kinney, a research scientist of coastal ecology for the Houston Advanced Research Center.

“So that water had to find somewhere else to go,” she said. “As this area has been developed, if we didn’t pay attention to where that water was going to go, we’ve either diverted it or we’ve built something in a flood plain.”

Jill Boullion, executive director of the Bayou Land Conservancy, a nonprofit land trust that preserves land along creeks and bayous in the Greater Houston area, said she believes local building regulations in the past have been crafted to benefit developers rather than homeowners. But she said she believes the new development guidelines are a positive first step.

However, she said further action could be needed because existing structures already within the 100-year flood plain are not affected by the new regulations.

Emmett said after areas in the 500-year flood plain flooded three times in two years, the Federal Emergency Management Agency will develop new maps to reflect the reality of flooding in the region. Once these maps are developed, it is possible further changes to development guidelines could be necessary, he said.

Either way, local entities and legislators alike will be working to find solutions for years to come, Bettencourt said.

“We’ll see what type of impact [new development codes] ha[ve] on everything,” he said. “You have to strike a balance between effectively remapping flood areas with people’s ability to rebuild. This debate will be there for the next several years—this isn’t going away quickly.”