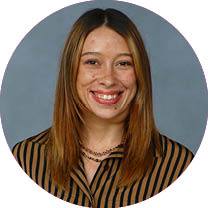 The Texas Department of Transportation Houston District proposed design modifications to the Hwy. 105 project at Mount Mariah Road to FM 149 in Montgomery County. A virtual meeting on the topic was held Nov. 8, and a a public in-person presentation held Nov. 10 at Montgomery High School.

The purpose of the project is to improve traffic flow and reduce the number of traffic accidents from Mount Mariah Road to FM 149. The new proposal does not change the purpose or need, according to TxDOT officials.

The previously approved project included widening the existing two-lane roadway to four divided lanes. The new proposal suggests the addition of an access road, a turnaround and a shared-use pathway.

The turnaround will be located at the Burlington Northern Santa Fe railroad in Dobbin and consist of two 12-foot-wide travel lanes. The proposed sidewalk would be 10 feet wide with enough space for both pedestrians and bicyclists to share from Lone Star Parkway to Shepperd Street, according to information from TxDOT.

The two new additions would add 6 acres of right-of-way to the previously approved 23 acres, according to TxDOT officials. The change would also include displacing two more residential homes in addition to one previously identified home, a former gas station, Silver Dollar Spirits and Wine, and the vacant Dobbins Trade Days.

Construction is slated to begin in summer 2025 with a two-and-a-half-year timeline, according to TxDOT officials. The project is estimated to cost approximately $120.5 million.

Residents can comment on the Hwy. 105 project at Mount Mariah Road to FM 149 until Dec. 2.

To submit a written comment, residents can fill out the comment card at www.txdot.gov and return it via email to [email protected] or by mail to TxDOT Houston District Office Advanced Project Development Director, P.O. Box 1386, Houston, TX 77251.

For additional information or questions on the re-evaluation, residents can contact the TxDOT Houston District Office Environmental Coordinator at 713-802-5766 or the Montgomery Area Engineer Office at 936-538-3301.

Cassandra joined Community Impact in November 2022. Covering Conroe and Montgomery County, she reports on local government, education, business, transportation and dining. Cassandra graduated from Lamar University in May 2019 where she spent four years at the student-run newspaper as editor in chief. Before joining CI, she spent time at The Port Arthur News, a local, daily newspaper in The Golden Triangle. She also operated as a freelance travel and magazine writer for numerous publications. Outside of the newsroom, she enjoys reading, traveling, being outdoors and photography.