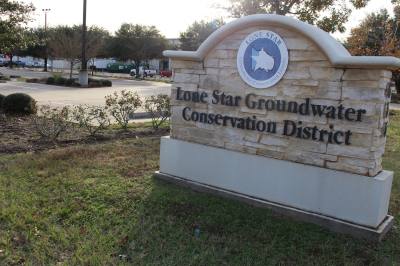 This article has been updated to include comment from the Lone Star Groundwater Conservation District.

Senior District Judge Lamar McCorkle signed a final judgement May 17 declaring the Lone Star Groundwater Conservation District's rules void and unenforceable, according to a release by the LSGCD.

Samantha Reiter, interim general manager of the LSGCD, said the 30% reduction rule was declared statutorily invalid from the beginning by a judge and therefore cannot legally be included in the LSGCD's rules or regulatory plan.

The conflict between the city of Conroe and the LSGCD first began when the LSGCD board of directors adopted a long-term planning mandate in 2006 requiring all large-volume groundwater users—such as Conroe—to reduce their groundwater use countywide to 70 percent of their 2009 totals, or 10 million gallons, by January 2016, LSGCD officials said. Officials said the reductions were designed to manage local groundwater aquifers more sustainably.

In August 2015, the city of Conroe and seven other utility stakeholders filed a lawsuit against the district opposing the rate increase and its groundwater regulations for large-volume users. The lawsuit reached a settlement agreement in January, shortly after the new LSGCD board dismissed its legal counsel.

In addition to the final ruling, the Texas Water Development Board rejected of the LSGCD's newly proposed groundwater management plan for Montgomery County. The TWDB instructed the LSGCD to use management goals approved by groundwater districts in surrounding counties, according to a news release from the San Jacinto River Authority.

The TWDB’s decision to not approve the submitted management plan had no effect on the judge’s ruling declaring the reduction rule void and unenforceable, Reiter said.

“Aquifer over-use has real consequences like land subsidence and water reliability problems,” said SJRA General Manager Jace Houston in a statement. “Many entities plan for our region’s water supply. It takes state, city, county and regional partners. This ruling by the TWDB tells Lone Star they cannot adopt a plan that is out of sync with all other water entities in the region and ultimately harmful to our water supply.”

"In its proposed management plan, the new Lone Star board claimed there was no approved management goal or MAG for the aquifers in Montgomery County. The TWDB rejected this theory ruling that both management goals and MAGs were in fact approved by the area in 2010 in the form of desired future conditions," the statement read.

Next, the LSGCD is expected to prepare and submit a new management plan including objectives and performance standards within 180 days. Reiter said the LSGCD is still reviewing and formulating a response.
SHARE THIS STORY

The fair is open to all qualified candidates who are encouraged to bring a resume, and registration is not required.

The venue will be able to be reserved for meetings, conferences, weddings, anniversary celebrations, birthday parties and community events.

The board of directors also discussed $50 million that was earmarked in the state's budget to fund future dredging efforts in Lake Houston.