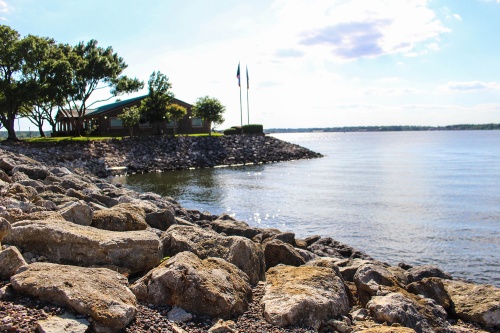 Beginning Wednesday, the San Jacinto River Authority will begin the process of slowly releasing water from the Lake Conroe dam to lower the lake’s water level by two feet. The temporary seasonal lowering is a flood mitigation strategy included in the Joint Reservoir Operations Plan between the SJRA, the city of Houston and the Coastal Water Authority.

The Joint Reservoir Operations Plan addresses flooding in the region by seasonally lowering the water level of Lake Conroe and the Coastal Water Authority executing pre-releases from Lake Houston prior to major storm events.

SJRA Public Relations Manager Ronda Trow said the seasonal lake lowering is a temporary measure that will be implemented only while the U.S. Army Corp of Engineers completes the dredging project on the lower West Fork of the San Jacinto River. USACE began the emergency dredging project in July, and the entity anticipates the project will be completed in nine months, Trow said.

“When our board [of directors] decided and voted on the temporary seasonal lake lowering, that vote was based upon the U.S. Army Corp Of Engineers dredging project,” Trow said. “That project will be complete in the spring of 2019 … there may be some other [mitigation] projects that won’t be done in the spring of 2019, but the proposal that that whole motion was made and approved on was based on that project [timeline].”

The SJRA board of directors approved the Lake Conroe portion of the proposal in late April, and the Texas Commission on Environmental Quality—the entity that regulates how much drinking water can be released annually from water supply reservoirs like Lake Conroe and Lake Houston—approved the joint proposal on June 15. The city of Houston, which owns two-thirds of the drinking water in Lake Conroe, agreed to the final terms on July 26.
SHARE THIS STORY