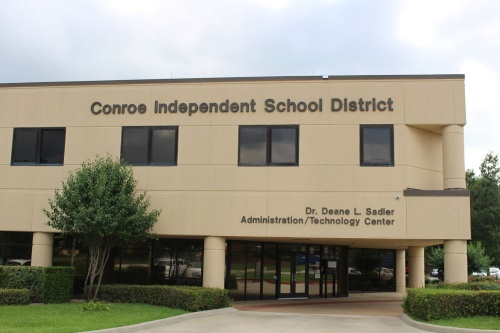 The Conroe ISD held its regular meeting on July 16.

Community members older than 60 will be able to go to Conroe ISD events for free, according to the CISD board of trustees.

At its July 16 meeting, the CISD board approved a report from Director of Communications Sarah Blakelock on a Senior Priority Pass Program. Blakelock said the program will provide free admission to citizens 60 years or older who live within the CISD boundaries to any CISD athletic event or fine art performance, excluding playoffs and fundraisers.

“We’re happy to show our appreciation to that portion of our community,” Blakelock said.

Blakelock said the program will go into effect for the 2019-20 school year Aug. 19. To become a member of the program, residents must visit the communications department at 3205 W. Davis, Conroe, between 8 a.m. and 4:30 p.m. with a photo ID for proof of residency.

Trustee Scott Kidd asked if individuals with caregivers could get an additional seat for their caregivers. Blakelock said that would be possible. Trustee Ray Sanders complimented Blakelock on the program.

“If I’m 60 years old and I don’t have any children in the district anymore, it’s not about having just students in the district; it’s about going out and enjoying the community in general, and I think it’s a great opportunity,” Sanders said.

Although the trustees discussed the preliminary 2019-20 budget for the majority of the meeting, several other items were debated. Deputy Superintendent Chris Hines and Debbie Phillips, assistant superintendent of elementary education, presented the preliminary State of Texas Assessments of Academic Readiness, or STAAR, results.

In every score, CISD performed better than the state. Phillips said the final scores will be presented in August. She said the way STAAR evaluates student success is “very complicated.”