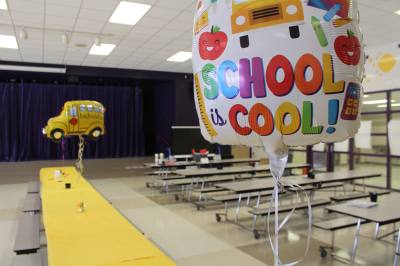 Montgomery ISD will have two new board members following Saturday night's election results. Matt Fuller and Gary Hammons won the Montgomery ISD board of trustees places 6 and 7 seats, respectively, that were up for re-election May 4.

Fuller, in the race for Place 6, beat candidates Larry Hereford and Kent Pope with 1,092 votes, or 70.09% of the total votes, with 100% of election day precincts reporting Saturday night.

"I’m ready and excited to get to work with this team, and we’re ready to get to work. Thanks to all the folks who helped me out and also Mr. [Kent] Pope and Mr. [Larry] Hereford, and [Russell] Mr. Messecar and Mr. [Gary] Hammons,” Fuller said on election night.

Community Impact Newspaper previously published a Q&A with Fuller about his priorities.

"I’m just excited at the way it’s turned out and thankful to everybody who’s helped us with that." said Hammons in a phone interview Saturday night. “I look forward to getting to help work as part of the board.”

The Conroe ISD board of trustees decided on the names of four CISD buildings at a June 15 meeting.

Because of the donation, the health center is able to provide 200 visits at no cost at its Grangerland location.