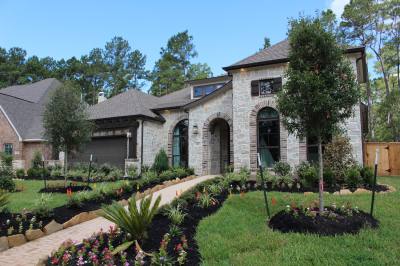 The Westin Homes model homes is now open in the community.

New jobs and homes are booming in the Greater Houston area: it is ranked No. 4 in the nation for top job growth markets and No. 2 for adding new homes.

The data is from a new Metrostudy report released May 10 on the first three months of 2018; the report looked at the Houston economy’s job growth and population.

With regard to employment growth, Houston came in below the New York, Dallas and Los Angeles metros with a total employment of 3,058,500 in February 2018. That is an annual growth of 67,100 jobs, or 2.2 percent, for Houston, according to the report.

By sector, the industry adding the most jobs is professional and business services—which added 25,400 jobs this year. The next-highest field is construction, which added 9,300 jobs. Food services, retail trade and real estate and leasing also added thousands of jobs over the same time period, according to the report.

Industries that lost workers this year include finance, insurance and information, according to the Texas Workforce Commission.

In the first three months of 2018, Houston added 6,693 new homes under construction—the second-highest first-quarter starts in a decade. Last year, the number was 6,368, and the year before was 6,339.

Houston added 12,941 apartment units during the first three months of 2018 at an average rental rate of $1,022 per month—or $1.16 per square foot. There were 41 complexes under construction, including 10,466 residential units—up from 2017, but not quite reaching 2016 levels, according to Apartment Data Services.

As for resale of existing homes, 13,541 have been sold as of March 2018—an increase of 3 percent—at an average price of $269,376, up 2 percent, or a median price of $214,000, a  5 percent increase. There were 15,951 active listings that spent an average of 54 days on the market, according to the MLS. The study shows that inventory is declining while sales are increasing, at least compared to anything more recent than 2013.