In the early 1990s, Mike Majkszak, who was a senior at Conroe High School, enrolled in a meat processing class as an elective. Majkszak found the class so interesting, it launched him into a career in the meat processing industry.

Majkszak chose the latter, and in April 2002 he opened Majkszak’s Meat Market on West Davis Street in Conroe, where it remains today. 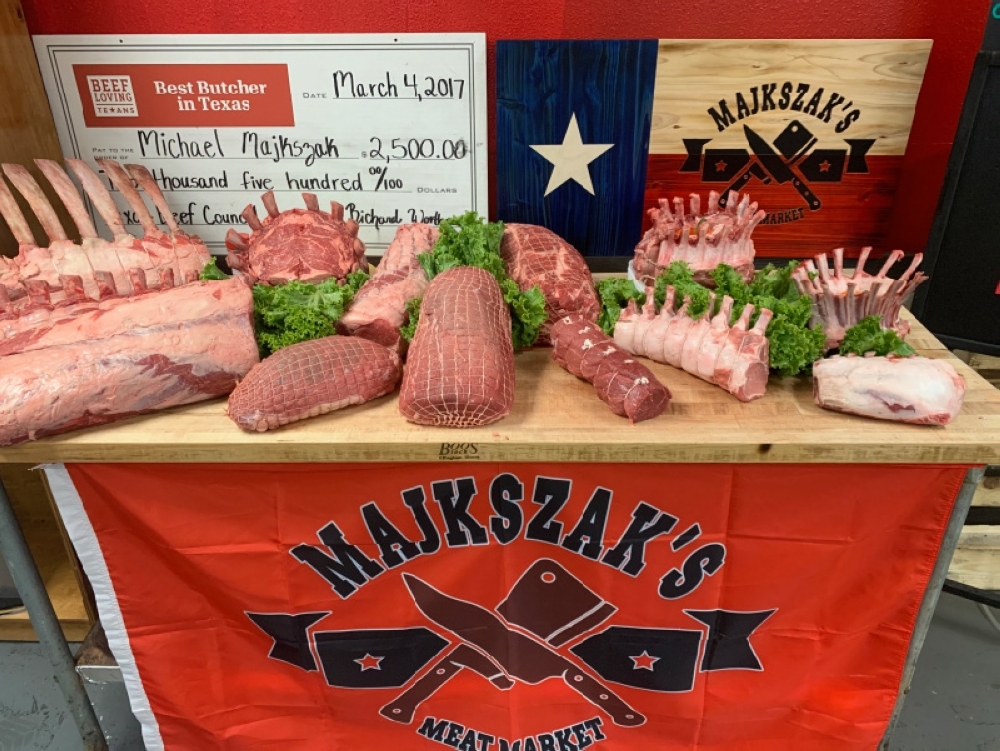 The butcher shop sells beef, poultry, pork, seafood and specialty sausages, and offers catering. The meat comes from a variety of places, including states like Washington and several in the Midwest, he said.

Majkszak said he buys from small, family farmers. His chicken, for instance, comes from a small company in Illinois.

At Majkszak’s, the meat contains just two ingredients: meat and spice. Majkszak said about 20% of chicken in grocery stores is pumped with a saline solution.

“There shouldn’t be ingredients when you go buy a pack of chicken. It should just be chicken,” he said.

Majkszak said he prides himself on quality.