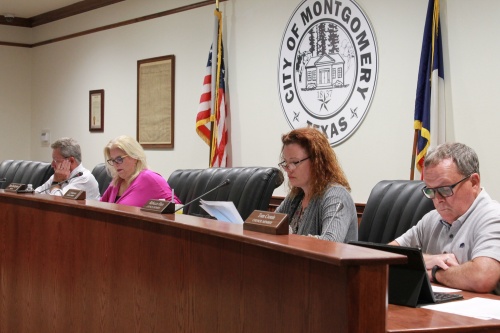 The city of Montgomery will help restore one of the oldest log cabins in Texas following a unanimous vote at a July 9 City Council meeting.

The council approved to give Fernland Park no more than $7,000 to repair and replace six rotting logs of the Jardine Cabin, which was built in the 1800s. The entire restoration costs an estimated $18,980, which will be split evenly among the city, Fernland Park and the Montgomery Economic Development Corp. Council Member Tom Cronin said he could reach out to Sam Houston State University to contribute some funds to the repairs.

Council Member John Champagne and Council Member Rebecca Huss clashed over the specifics of the city’s contribution. Because the restoration company is located in North Carolina, repairs will not begin until January, and Huss said if the city gives money from the 2018-19 budget, it will complicate the 2019-20 budget.

“Why don’t we let the people we hire and the people who are running this place decide what to do? We’re just going to approve the money to do it; y’all decide,” Champagne said.

In other news from the 23-minute July 9 meeting, Montgomery City Council approved the street closures for the Wine and Music Festival on Sept. 20-21. The closures will be the same from last year: sections of College Street, McCown Street, Maiden Street, Caroline Street and John A. Butler Street will be closed for the festival.

The council also approved the budget for the Montgomery County Emergency Communication District. Executive Director Chip VanSteenberg was supposed to present to the council but did not show up. The budget has no increased citizen fees, but the district plans on using $1.5 million to replace 911 equipment and saving $750,000 to purchase land for an operating center at a later date.