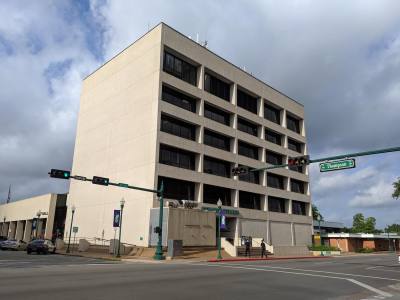 Unattended donation bins were completely banned within city limits by Conroe City Council at the May 23 meeting.

The ordinance requires all unattended donation bins to be removed within 90 days, and on the 91st day the city will file a $2,000 fine. No bins will be grandfathered in, but those placed by a nonprofit or charitable entity on its own property could see new permit requirements for attended donation bins in the near future.

All council members voted in favor of the ban except Raymond McDonald, who voted against it.

Conroe Director of Community Development Nancy Mikeska said it is common to see donation bins overflowing for days on end, used as dumping grounds for trash like an old, moldy fish tank.

"Some of the things we saw this weekend were probably not things people would want to accept as a donation. There are always people putting out junk," Mikeska said. "There's a difference between slightly used items and junk—all the refinishing in the world wouldn't help that. You have the problem with people putting out stuff they want to get rid of."

Mikeska said the city spends a lot of time and money paying staff to make phone calls and try to track down someone responsible for the bins, but often the calls ring forever or go to a robot, and the property owner has no idea how the bin got there.

"We can't locate sometimes the person or company, and they certainly don't want to own up to it," she said.

McDonald said it would be difficult and expensive for the city to regulate when people are placing the bins and that a $100 permit fee being considered could almost put some organizations out of business.

"[If] we had businesses take full accountability, ... we'd certainly be more readily willing to allow this, but they are unsightly," McDonald said. "Putting pressure on the business is where you have to go, but unfortunately businesses get taken advantage of: 'I don't know where it came from' is their answer."

Regulations for attended bins on the table for consideration include paying a $100 permit fee, displaying a permit medallion—including a phone number for the person responsible for the bin—provided by the city, limiting bins to 90-day periods at one address, weekly emptying, written consent of the property owner and maintaining $1 million coverage in liability insurance.

"I see this as primarily a First Amendment issue, ... in particular, commercial speech," Conroe City Attorney Marc Winberry said. "I would in the strongest possible terms recommend against adoption of a total ban ordinance. I believe that would unreasonably restrict First Amendment rights, probably raise issues in regard to property rights of the property owner on which the bins are located, as well as the organizations that might wish to solicit charitable donations—you could be a shopping center or homeowner of another piece of commercial property who might desire, for some charitable reason, to sponsor the placement of a bin on this property."

He said if a nonprofit or charitable organization places a donation bin on its property, it would be considered an expressive activity protected under the First Amendment.

"There are many more cities that regulate the activity than simply flatly ban it," Winberry said. "For those reasons, I would respectfully recommend against the adoption of the total ban."

Mayor Toby Powell asked city staff to bring back a plan for permitting attended donation bins, which are managed by the entity who owns the property. Examples in Conroe include the Society of St. Vincent de Paul, The Salvation Army, the Montgomery County Assistance League and Goodwill.

"To do it right, we're going to have to get rid of these boxes—they're going to be a pain," Powell said. "We're spread out now so far it's hard [enough] for code enforcement what they [already] have to do today, period."

In other news, Conroe City Council on May 23:
-Deferred a resolution to establish a housing incentive program for downtown Conroe in preference of creating a committee to establish architectural guidelines, study the area and establish concrete incentives. The council is looking for developers of town houses, duplexes or brownstones to join its committee, which includes council members Jody Czajkoski and Raymond McDonald.
-Unanimously established an agreement with Old Dominion Freight Line to build a 37,860-square-foot facility on 24 acres of land in Conroe Industrial Park North, invest $9.5 million and create 87 new jobs.
-Unanimously began the annexation process for the Muse Tract as requested by the developer.
SHARE THIS STORY